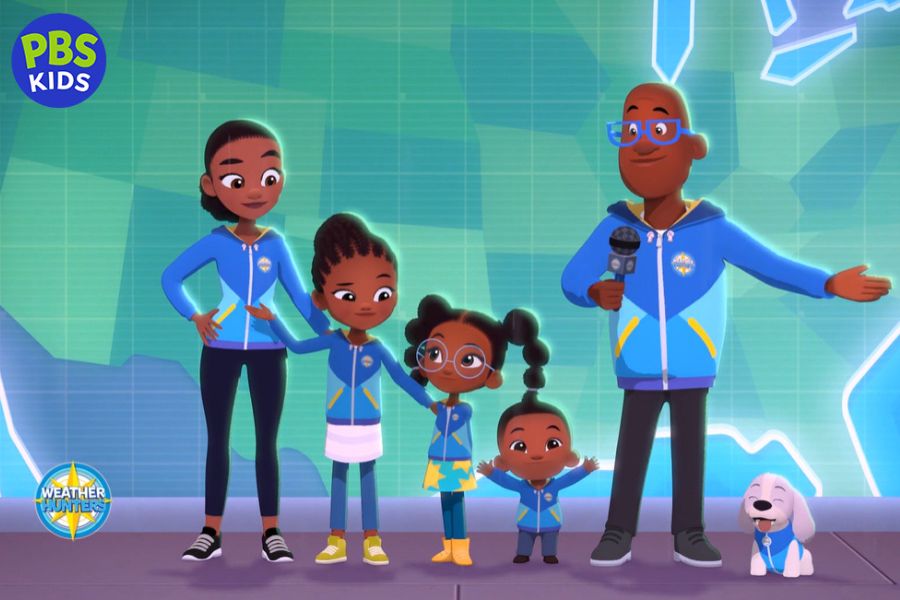 The series is designed to support kids’ understanding of weather through adventure and comedy. The main character is 8-year-old Lily Hunter, a weather detective who shares her investigations with her family, including dad Al Hunter, voiced by Roker. The series will help further young viewers’ interest and knowledge of Earth science and meteorology, both key building blocks of climate education.

“We’re so excited to be working with Al Roker and his team to bring important weather and Earth science lessons to kids through WEATHER HUNTERS“, said Sara DeWitt, Senior Vice President and General Manager, PBS KIDS. “We know that parents and kids are looking for content about weather and climate; this show is fresh, funny and forward-thinking, and will help kids understand how weather affects their lives every day“.

“Weather Hunters has been a labor of love and a passion project for more than a decade and I cannot think of a better partner than PBS KIDS to make this dream come true” said Al Roker. “When it comes to WEATHER HUNTERS, I predict increasing animation with downpours of family friendly storytelling and a rising understanding of weather and climate on your local PBS station, pbskids.org, and the PBS KIDS Video and Games apps“.

Each 22-minute episode of WEATHER HUNTERS will explore kid-relatable STEM-based activities and themes, highlighting the wonder of weather within the broad field of science in terms that all learners can understand. Topics include observing and tracking weather patterns, exploring why weather changes can be different around the country and the world, and the connection between humans and the environment. The series will reinforce key weather, climate, and environmental concepts to provide building blocks for further learning. Digital content for kids, parents and teachers will launch along with the series to reinforce the show’s key messages and encourage further engagement.

Timing of the premiere will be announced at a future date.

WEATHER HUNTERS is made possible with funding from Margaret A. Cargill Philanthropies and PBS.