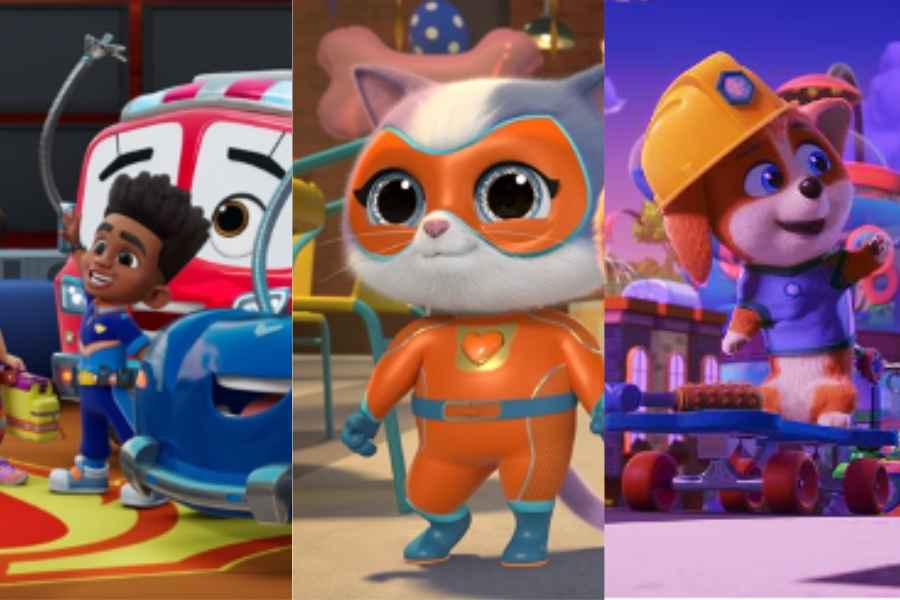 Disney Branded Television has renewed for a second season the animated series: Firebuds, SuperKitties, and Pupstruction.

On the heels of a record-breaking year where Disney Junior ranked as 2022’s #1 TV Network among kids 2-5 overall and retained its standing as the #1 Preschool Network for the last 10 years (every year since its launch), Disney Branded Television has ordered second seasons of its newest animated series Firebuds and SuperKitties, as well as an early season two renewal for upcoming series Pupstruction.

Home to some of the most cherished programming and franchises for preschoolers, including last year’s new hit series Marvel’s Spidey and his Amazing Friends and Mickey Mouse Funhouse, Disney Junior is building out its slate of fun and entertaining programming for preschoolers that reflects the emotional connection generations of consumers have to Disney storytelling and Disney characters, both classic and contemporary. In addition to the success of Disney Junior’s programming, the brand has created opportunities across other Disney lines of business through its robust franchising business, which includes licensed products and musical companions, including the three-time Pollstar nominated (2019, 2020, 2022) Disney Junior Live On Tour live stage show, that creates a full 360 experience for kids in a way that only Disney can.

Following a team of young first responders and their talking vehicle sidekicks, Firebuds premiered in September 2022 and has quickly become a fan favorite. Launch to date, the series is Disney Junior’s #1 series with Kids and Girls 2-5, as well as a Top 5 Cable series with Kids 2-5 and #1 with Girls 2-5. SuperKitties is about four fierce and furry superhero kittens, debuted this week (Jan. 11) and is off to an impressive start, with the series’ theme song racking up over 500,000 views on Disney Junior YouTube since it was released three weeks ago. Debuting later this year, Pupstruction follows the adventures of the world’s first all-dog construction company and centers on an innovative young corgi, who might be the smallest pup on the crew but proves that you don’t need big paws to have big dreams or big ideas.

“Firebuds, SuperKitties, and Pupstruction all encompass what Disney Junior does best“, said Ayo Davis. “Each of these series embrace signature Disney qualities of imagination, adventure and heart, with music you can sing along to, and fun, energetic characters that embody positivity, optimism and the power of teamwork“.