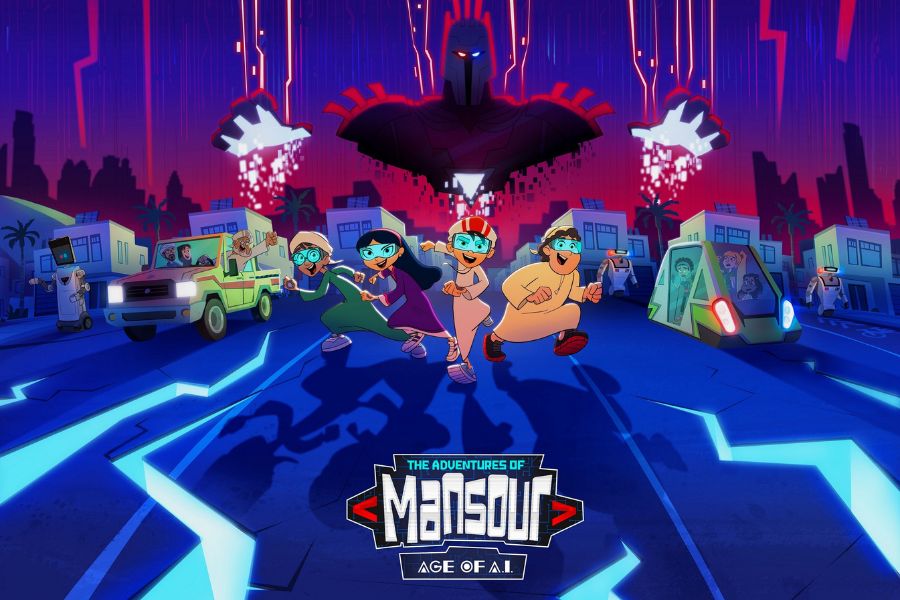 BIDAYA MEDIA AND STRATA TOGETHER FOR ‘THE ADVENTURES OF MANSOUR’

Bidaya Media has agreed a strategic partnership with Strata to sponsor the newest season of the popular Emirati cartoon ‘The Adventures of Mansour’.

Launching in 2023, Strata will sponsor the production as part of their commitment to empowering UAE Nationals and contributing to the production of the globally-recognized show. 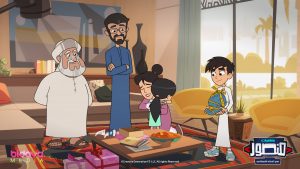 Strata’s support will help illustrate the UAE’s success stories, inspiring future generations in an effort to encourage cultural awareness, preserve the national identity, and strengthen the sense of belonging to the nation amongst Emiratis. Additionally, the sponsorships reflects Strata’s support of the creation of high quality Arabic-speaking content focused on children, in line with the company’s efforts to highlight Emiratization among the local community, in alignment with the UAE leadership’s vision. Strata will also support the series’ role as a platform for inspiring themes such as Artificial Intelligence (AI), coding, and more, instilling these values in the younger generation.

Imane Salem Tlamid, Public Relations Manager, Bidaya Media, said “As an incredibly popular series among young Arabic-speaking children, we’re proud of how The Adventures of Mansour strikes the important balance between entertainment and education for younger children. We’re delighted to enter this partnership with Strata, as they sponsor the new series of the show, which will help to further spread a positive message of national pride, health and the importance of academia to the next generation. This showcases the show’s substantial impact and that, above all, it plays a key role in nurturing and fostering Emirati identity and culture among our community“.

Jassim Al Marzooqi, Human Capital Manager, Strata, added “Our sponsorship of the Emirati cartoon series The Adventures of Mansour plays an important role in enhancing Emirati identity and culture among the youth, and introducing children to the requirements of modern technology. By supporting the new series, which has gained a large fanbase locally and globally, we are empowering and elevating projects that promote Emirati culture and customs. This is vital as we continue to preserve and protect our heritage. For these reasons, we’re proud to be part of this inspiring and ambitious project“.

The popular cartoon The Adventures of Mansour, which recently celebrated a decade of achievements, aims to communicate directly with Arab children whilst encouraging a passion for Science, Technology, Engineering, and Mathematics (STEM), in addition to Emirati national identity and a balanced lifestyle as a few key themes. The show, which is the brainchild of award-winning creator, Rashed Alharmoodi, has exponentially grown to captivate younger children across the Middle East.

The Adventures of Mansour has racked up over 2.3 billion YouTube views, 3.1 million subscribers and 322 million watch hours in the last 90 days. The new series aims to build on this success and has improved production quality and aims to raise awareness for the culture and values that represent the UAE both locally and internationally, tackling issues of international significance such as AI, the role of and reliance on technology, climate change and space exploration.

The series targets children aged 6-12 and is funded by Mubadala and the Abu Dhabi Early Childhood Authority (ECA) as part of their efforts to support children content creation that support inclusion, culture, and Arabic language.

Strata is an advanced manufacturing company based in Nibras Al Ain Aerospace, Al Ain. The company was established in 2009, with partnerships with the world’s leading aircraft manufacturers such as Airbus, Boeing and Leonardo-Finmeccanica Aerostructures Division as well as a Tier one supplier to Pilatus, SAAB and SABCA.