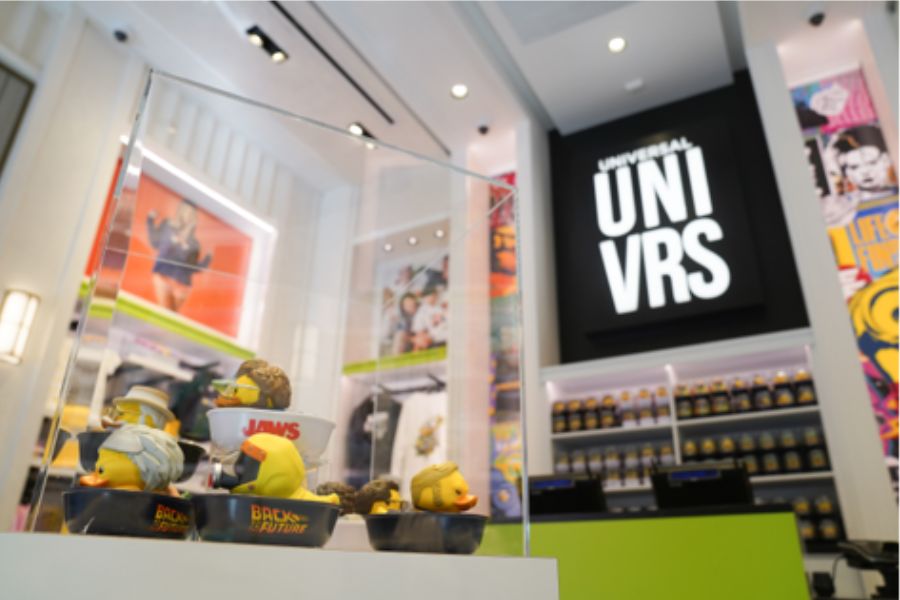 Tags from the story: Numskull, UNIVRS.

Universal opened the doors to UNIVRS in September, a new retail destination with limited edition character inspired merchandise, including TUBBZ. 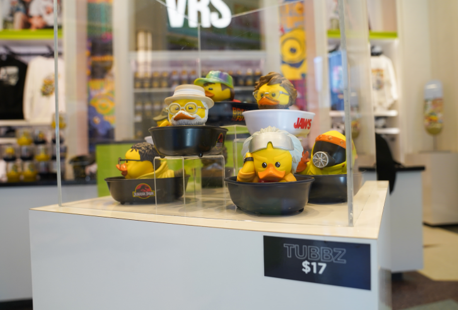 Located at the Hollywood theme park entrance UNIVRS currently stocks TUBBZ Collectibles including characters from Illumination’s Minions, Universal Pictures and Amblin Entertainment’s Jurassic Park as well as, Knight Rider, Jaws and Back to the Future.

The show piece in the store, is the world’s largest TUBBZ in the form of the shark from JAWS, that stands at an imposing 5ft. He sits in the store window stopping passers-by in their tracks and enticing them in to find out more. Find out more in this video from the fan and Influencer Khan Flicks who visited UNIVRS to check it all out.

Liam Taylor, Commercial Director at Rubber Road, says: “What a coup for TUBBZ, a 3-year-old brand, to be selected for inclusion in this prestigious store. We are ecstatic to see how the TUBBZ road has led to this and can’t wait to see the other opportunities that TUBBZ present. With a 5ft Jaws shark taking centre stage in the window, grabbing instant attention to all visitors – TUBBZ comes to Hollywood!“.

As the brand have now made it in Hollywood and there are now over 200 characters to collect, for celebrate all things TUBBZ with the first ever TUBBIES AWARDS. Fans can cast their votes to be in with the chance of winning an exclusive money-can’t-buy Golden TUBBZ to add to their collections and be the envy of TUBBZ fans around the world. Like other awards, this one is heavier than it looks! Winners will be announced via a digital ‘red carpet’ event early 2023. Visit www.tubbiesawards.com to vote and find out more.