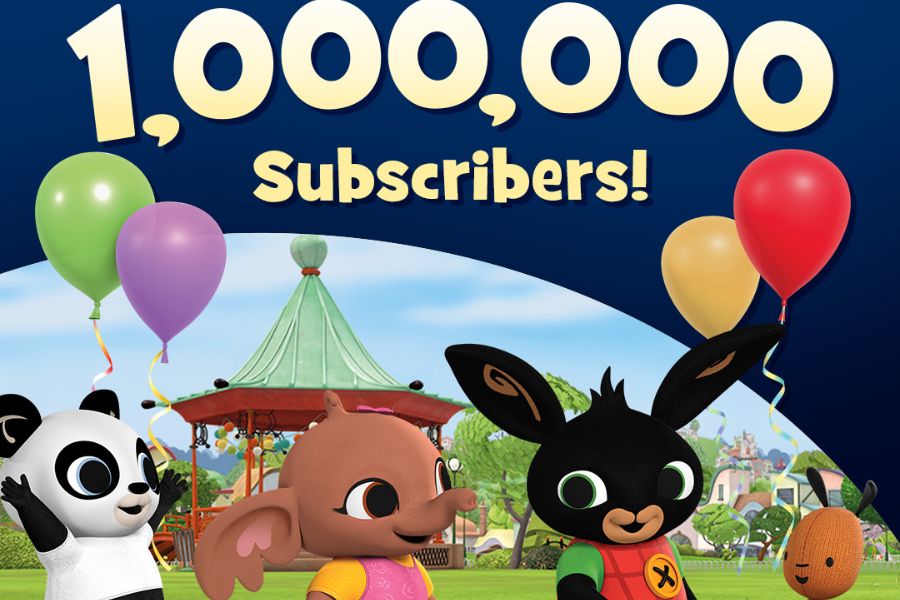 The official Bing Polish Youtube channel, since its launch in October 2017, has been viewed one billion times with approximately 165 million hours watched, featuring full-length episodes as well as YouTube optimised content of the series. 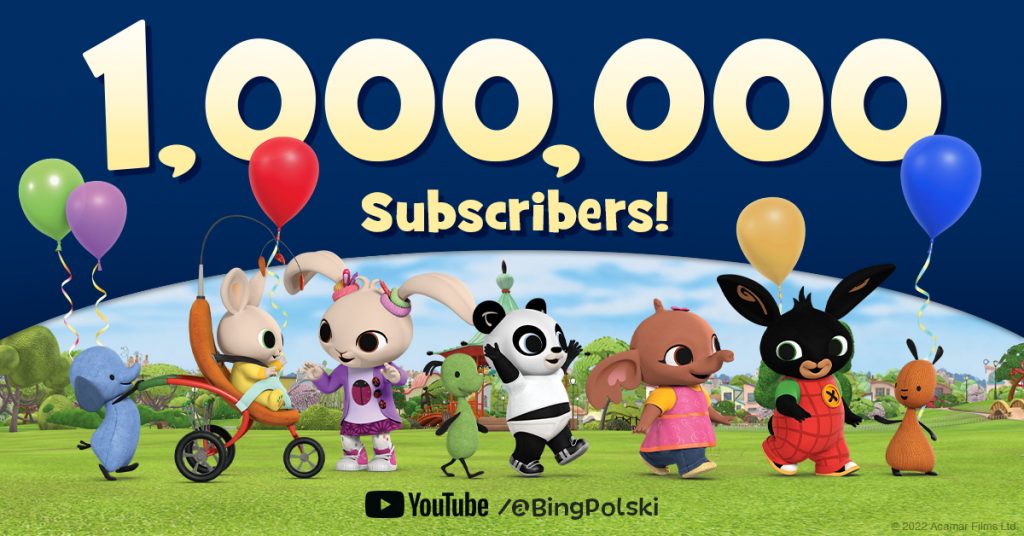 “Poland is one of our fastest-growing territories for Bing and reaching one million YouTube subscribers is an excellent illustration of the popularity of the show amongst Polish pre-schoolers and their families. That so many in Poland are engaging with Bing, whether it’s through YouTube, our broadcast partners, in cinemas or through our Bing products is fantastic and we are sure to see the number of Bing fans increase as we launch new initiatives and campaigns over 2023“, said Jodie Morris, Chief Content & Audiences Officer, Acamar Films.

In addition to YouTube, Bingsters in Poland can find the award-winning pre-school series on MiniMini+ and PulsKids where it airs daily and continues to be a top performing programme for both channels. All 104 Polish-language Bing episodes and 26 English episodes are also available on the all-in-one Bing app, Bing: Watch, Play, Learn (Bing: Oglądaj, baw sie i ucz).

2022 also saw Bing resonate strongly with Polish cinema goers as Bing’s Animal Stories (Bing i opowieści o zwierzątkach) was extended by exhibitor Multikino from a six to 23-week run as part of its Poranki programme due to popular demand.

To mark reaching the subscriber milestone, Acamar Films will receive its second YouTube Gold Creator Award, the first being for the Bing Italian YouTube Channel which achieved 1 million subscribers in January this year.

Acamar Films currently operates 20 official YouTube channels for Bing each featuring an extensive library of episodes, clips and compilations, depending on broadcast deals in the territory. Approximately 1 million hours of Bing content is watched every day across its global network of YouTube channels, with 1 billion hours now viewed over the network’s lifetime.

An extensive Polish licensing programme managed through CPLG includes toys, apparel, puzzles and more with additional product lines and partners set to be announced in 2023.