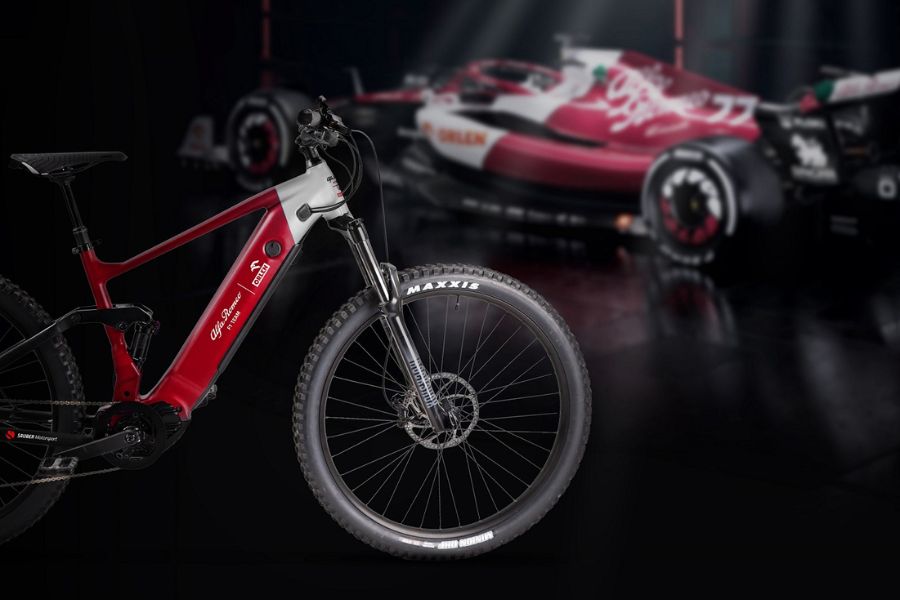 ASPIRE by WildBrain CPLG has secured a deal with Asia Kingston for a range of e-mobility products for the internationally renowned Swiss motorsport brand, Sauber Motorsport, which owns and operates Alfa Romeo F1 Team ORLEN.

Under the partnership, Asia Kingston has developed Alfa Romeo F1 Team ORLEN-branded e-bikes and e-scooters reflecting Sauber’s commitment to sustainability, set to debut at the Consumer Electronics Show in Las Vegas, 5-8 January 2023, before rolling out across Europe at bike and sport retailers, consumer electronic outlets and hypermarkets. Asia Kingston’s e-mobility products have been nominated for and won multiple design awards, including two Silver A’Design awards in 2021 and 2022.

ASPIRE has also secured deals to further extend the consumer products offering for Sauber Motorsport across a range of categories, including collectables based on the helmet of F1 driver Zhou Guanyu, with Racing Force International (Bell Helmets); die cast model cars in various scales, with Sunrich, Minimax, Zmodels and May Cheong; Alfa Romeo F1 Team ORLEN and Sauber Motorsport posters and fine arts, with Automobilist; and construction-brick cars in various scales, with Rastar Group.

Victoria Whellans, Commercial Director at ASPIRE, said: “We’ve used our brand licensing expertise to build an innovative consumer products offering for Sauber, and it feels very fitting this is the first ASPIRE partner for which we’ve secured an e-mobility deal. This partnership with Asia Kingston underscores Sauber’s commitment to cutting-edge technology while putting sustainability at the forefront of its offering. This is a fantastic example of how we can work with a brand to expand its product range and broaden its audience while adhering to its core values. We’re looking forward to seeing the new products launch at the Consumer Electronics Show in the New Year, as we continue to explore the vast opportunities this globally renowned brand presents“.

Sauber Motorsport is internationally renowned as one of the world’s leading high-tech brands. Founded in 1970, it became a force in the sportscars world before it made its Formula 1 debut in 1993. Over the past few decades, Sauber has developed exceptional skills and expertise in the construction and operation of Formula 1 cars—Sauber Motorsport’s core business—which is applied to each of the Sauber Group’s third-party services. The recent Formula 1 championship season in 2022 saw Zhou Guanyu make history as the first Chinese driver to race full-time in Formula 1 as he joined Alfa Romeo F1 Team ORLEN alongside ex-Mercedes Grand Prix winner Valtteri Bottas.

Sauber Motorsport’s sustainability credentials have been acknowledged at the highest level, as the company was conferred the top three-star level within the FIA Environmental Accreditation Framework and ISO 14001 certification. As part of the company’s efforts to reduce its environmental impact, Sauber Motorsport has been powering its Hinwil headquarters with renewable energy generated on site; it has fully offset the team’s CO2 emissions since 2011, including employees’ flights, through reforestation and forest protection projects, clean water supply and hydropower projects; and has regularly renewed the company’s vehicle fleet and freight containers to reduce carbon emissions.