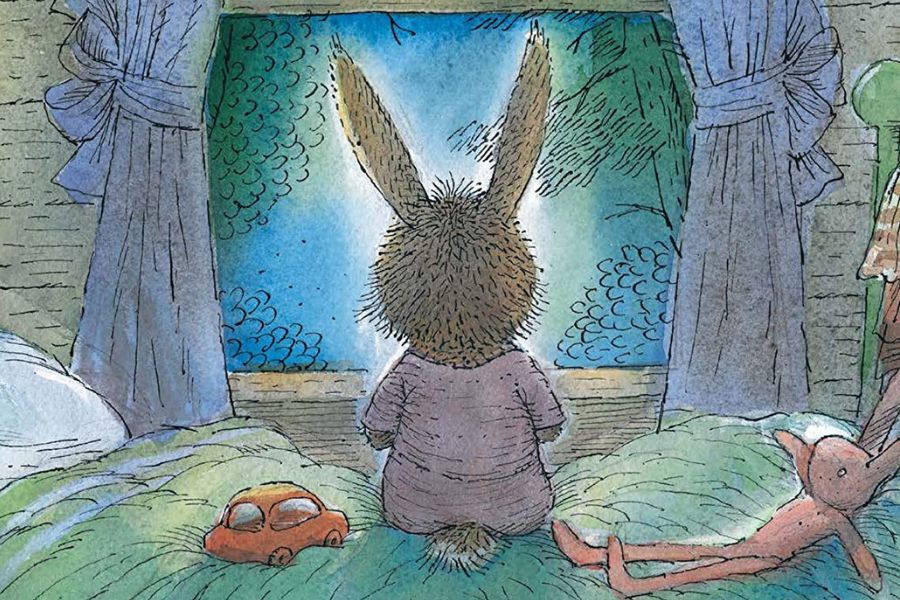 The latest children’s books by international authors and illustrators, published in Italy by La Margherita, Ideeali and Arka, brands of Il Castello group.

Among their pages Christmas stories, important topics such as inclusion and proper communication, and tender characters. 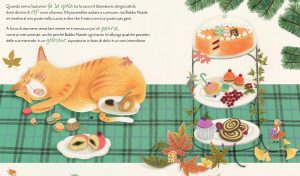 For La Margherita, a Christmas proposal is Il gatto di Babbo Natale (The Santa Claus Cat), from the pen of Fulvia Degl’Innocenti, with illustrations by Daniela Costa. The orange cat Rufus is the last of a whole line of Santa’s cats. His life is very monotonous, Santa also keeps him away from the toy workshop, where dozens of elves have been at work since autumn. But his nature is still feline, which is how, one day, Rufus meditates a cunning escape plan. 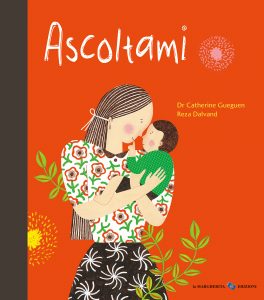 Between you and me, written by paediatrician Catherine Gueguen (specialising in parenting support, haptonomics and non-violent communication), illustrates and suggests some good educational practices in the form of a request from the protagonist, a child who addresses his parents, exposing his needs, wants and desires. The illustrations are by award-winning Iranian artist Reza Dalvand, whose art focuses on the psychology of early childhood development, with books of considerable cultural depth, aimed at a mixed-age audience. A book that, with great delicacy, shows parents and children a way to learn to be happy while caring for each other. 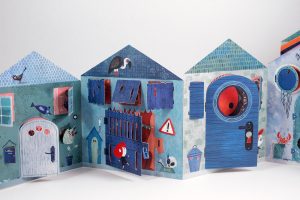 In Fear Street (Rue de la Peur), illustrated by Amandine Piu and written by Gilles Baum, there are gloomy houses and a dangerous street, among creaking gates and hungry dogs. But what if behind the first appearances there are far less frightening characters and situations? The protagonist of this leporello front/back book, will realise this as she retraces the path of Fear, accompanied by her grandfather. Everything will appear different, much more reassuring.

Two Ideeali novelties are the books Da grande farò ballerinƏ classicƏ/Da grande farò dottorƏ (I want to be a ballet dancer/I want to be a doctor), by Magda Gargulakova, with illustrations by Patrick Corrigan. They are created to discover what to do when you grow up, in an inclusive way, without distinguishing between jobs suitable for women and jobs reserved for men. They make use of a valuable linguistic tool, the schwa, used instead of the vowels that identify a specific gender. 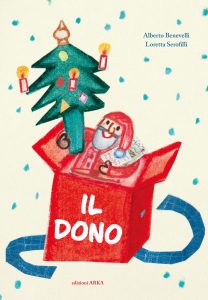 For Arka a new Christmas book is Il dono (The Gift), by Alberto Berevelli, illustrated by Loretta Serofilli. Santa Claus is reading all the letters he has received from various parts of the world. At one point, however, he stops at a very curious letter: it seems impossible that a child could have written it, and the request is also surprising! A book that gives a portrait of the magical Christmas atmosphere and conveys the true meaning of gift-giving.

Little Bunny’s Sleepless Night is an illustrated book first published in 1998. A funny and playful bedtime story by Carol Roth and the brilliant Ukrainian-born artist Valeri Gorbachev. Little Bunny is lonely at night, so lonely that he cannot fall asleep. So he decides to knock on the doors of various animals in search of a friend to keep him company, but with no one he can’t sleep peacefully. 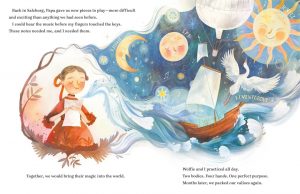 I’m a Mozart too! written by Audrey Ades and illustrated by Adelina Lirius, is dedicated to the talent of Maria Anna Mozart, the older sister of the famous Austrian composer. When she was only ten years old, her father Leopold boasted that his daughter was the best young musician in all of Europe, while her brother ‘Wolfi’ accompanied her and played… the easier pieces! The concerts – and the successes – were non-stop, until Maria Anna decided to compose music, an activity forbidden to girls.