Bookwire GmbH and Banijay Kids & Family have partnered to produce and distribute audiobook content based on a selection of the latter’s intellectual properties. 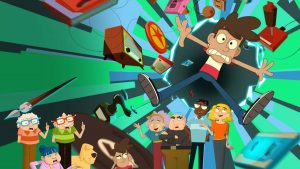 Working closely with the Banijay Kids & Family team, Bookwire’s Paris office will produce high-quality, immersive and engaging audio content, via its award-winning production solution WAY (WeAudiobookYou), and distribute it to all listening platforms, from libraries to music streaming platforms. Titles will include When I Was Your Age, Street Football, Lolirock, The Unstoppable Yellow Yeti, Silverpoint and Totally Spies, in addition to heritage series such as The Ranch and Martin Mystery. Initially produced in French by early 2023, the audiobooks will be available in several languages and distributed worldwide by Bookwire.

“We are delighted that Banijay Kids & Family has placed its trust in us. Our services, including WAY production solution and Bookwire OS have become the global market standard over the last few years thanks to the great commitment of our team and consistent investments. Our ambition in France is to open up new audio opportunities for all publishers in the market. We offer a full 360° audio service from production and distribution, to marketing, therefore enabling each publisher to launch and distribute its own audio titles“, says Anne-Laure Gonet, Country Manager France at Bookwire. 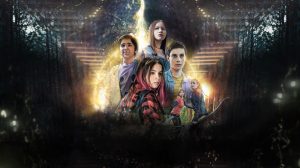 “We were looking for an experienced audiobook partner with a proven international distribution track record. Bookwire understand our need for high-quality audiobook production, as well as our strong international ambition. We are thrilled to expand the popularity of our series in audiobook format and bring them to fans and new global audiences“, says Annick Bizet, New Business and Strategic Alliances Director at Banijay Kids & Family.

Bookwire opened an office in the French capital in July 2021. The objective is to strengthen its international activities and to offer French publishers a personalized accompaniment and powerful tool to launch themselves on the growing French audiobook market. Bookwire OS allows publishers to gain autonomy, flexibility and performance.

Bookwire has been building partnerships with major French publishers such as L’école des Loisirs, Fleurus, La Martinière Jeunesse and Elidia. The next step is to reach players outside the publishing world like audiovisual producers and audio production studio that are creating their own label.