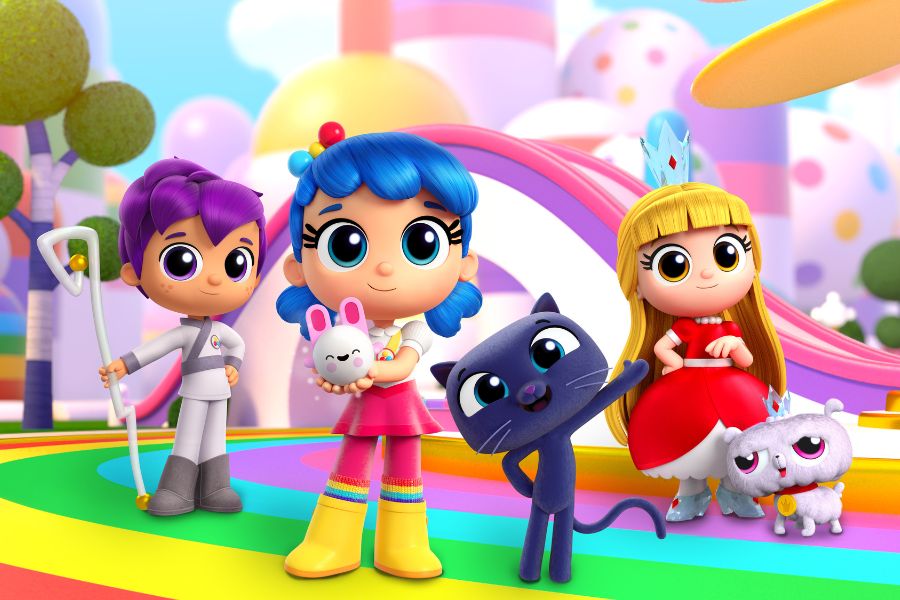 FAUNA TAKES GURU STUDIO IN TURKEY AND THE BALKANS

Tags from the story: Fauna Entertainment, Guru Studio, True and the Rainbow Kingdom.

Guru Studio has announce the expansion of True and the Rainbow Kingdom with Fauna Entertainment securing new licensing and media deals for the brand in Turkey and the Balkans.

Fauna Entertainment has placed True and the Rainbow Kingdom on Cartoon Network Turkey which will begin airing in February 2023 and on Bosnian national television Hayatovci in 2023. Alongside FreeTV placement, the Turkish YouTube channel managed by Fauna has already surpassed twenty thousand subscribers.

Fauna has also secured a number of key licensing partners including Beta Kids (picture and activity books), CA Games (puzzles), Hobby Tex (bedding) and Umit Canta (backpacks) which will all be launching in 2023. True and the Rainbow Kingdom will also be hitting the road in Turkey with live musical shows scheduled as early as February 2023.

“Building and activating a brand requires not only market expertise but a deep synergy between the brand owner and the agency. Thanks to our fruitful partnership with Guru, we’ve been able to accomplish these exciting and promising achievements in an impressively short time. True and the Rainbow Kingdom has amazing global appeal and will undoubtedly grow in 2023 and beyond“, said Fauna’s Business Development Director, Beti Hekimoğlu.

“The creative and passionate team at Fauna is executing a 360-degree strategy for True and the Rainbow Kingdom that is already seeing tremendous results” said Corey Caplan, Senior Director of International Sales at Guru Studio.

Outside of Turkey, True and the Rainbow Kingdom has built a massive global fan base with four seasons currently streaming on Netflix worldwide. On YouTube the series has amassed over 1 Billion views. A range of toys by master toy partner United Smile have already launched in several territories including Canada, US, United Kingdom, Spain, Singapore, Greece, the Nordics, and Australia. The show is also a top performer on major linear networks including CBC Kids in Canada, Tiny Pop in the UK, Gloob in Brazil, and Clan TV in Spain. In 2020, the series was also nominated for a Daytime Emmy Award for Outstanding Directing for a Preschool Animated Program.