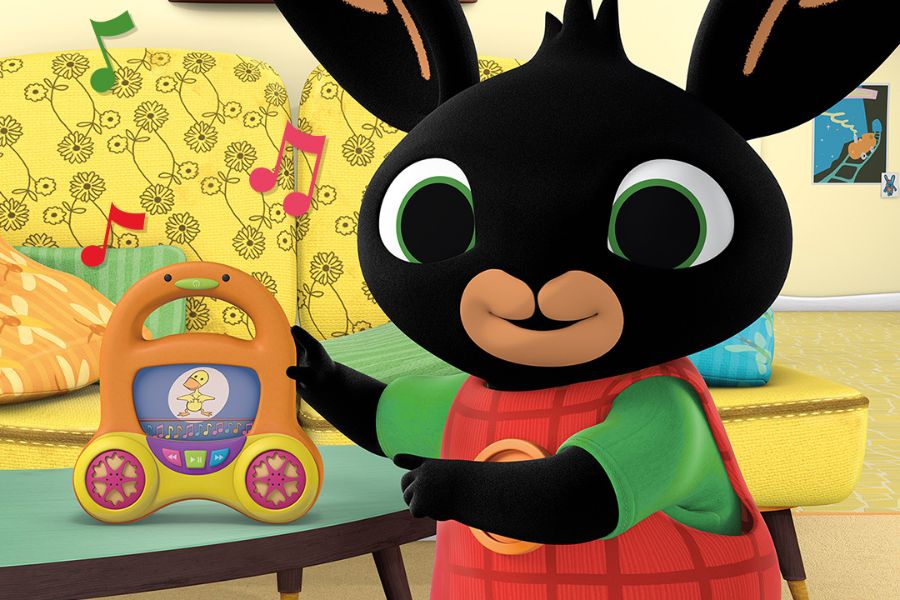 In the exclusive interview with Big Bang, Bing will talk to Armando Traverso about his recent adventures: the adventure on the fire truck when Arlo got stuck on the roof and the trip to the woods where Sula found the fossils. Bing fans were able to hear the interview at 7am on Nov. 25, with reruns airing at 9am, 1pm, 5pm and 8pm.

Bing has already been featured on Big Bang in November 2021. Acamar Films is in the process of creating more Bing audio content in Italian and has already found success in the UK with the launch of the award-winning Bing Alexa Skills application ‘Bing Time‘ by the prestigious Webby Awards in the Best Voice Skill category. English-language Bing audio content is also available on the tonies Toniebox kids audio system and the CBeebies Storytime app.

Bing continues to have phenomenal success in Italy, where it is the most requested pre-school series on RaiPlay in 2022. Representing episodes of life typical of early childhood with extreme authenticity, Bing has great notoriety as it is available in Italy on Rai, Disney +, Prime Video, TimVision, Vodafone TV and DEA Junior.

Since its UK launch in 2014, Bing has garnered awards and accolades: the international Emmy for best children’s programme, the Writer’s Guild Award for best writing in a children’s program and a BAFTA nomination again for best children’s programme. Adapted for television from the beloved books of the author Ted Dewan, with more than one million subscribers and over one billion views on the Italian YouTube channel, with more than 384,000 followers on Facebook, 42,000 on Instagram and with distribution in more than 130 countries, Bing continues to thrill entire families, adults and children, who find in the episodes the way to overcome the small big obstacles of everyday life.