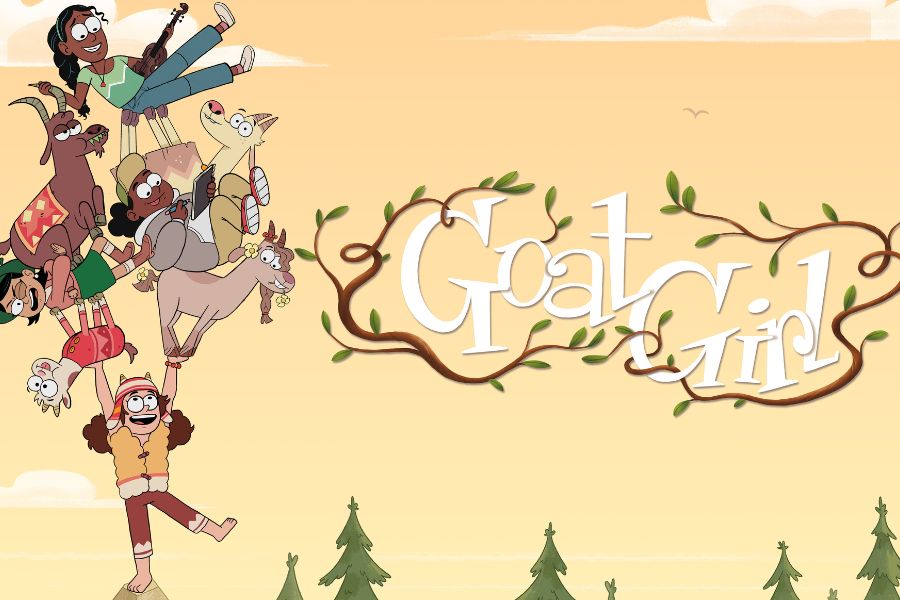 THE NEW ANIMATED SERIES FOR CHILDREN AT MIPCOM 2022

During the latest edition of Mipjunior/Mipcom (Cannes, 15-20 October 2022), the world’s greatest gathering of television entertainment professionals from 100 countries, many well-known international animation companies presented their new animated series for children. Here are a few.

Big Bad Boo Studios (Canada) had a great response:  their preschool series Lili & Lola was among the nominees for the Diversify TV Gala Awards, and the project Ava Undercover, about a very young 6 year old detective, won the Mipjunior Project Pitch Kids. Two new series for 6-9 years old are currently in production. In Judge Jodhi (20×11’) Jodhi Mehta, 12, sets up a mock courtroom in her backyard, ruling on neighborhood cases.

In Galapagos X (26×11’) Oshie, Rae, Zephyr and Orchid (the Galapagos X) come from the future –where the planet is terrible shape–, to help heal the blue marble that’s home to all of us before it’s too late. In Judge Jodhi (20×11’) Jodhi Mehta, 12, sets up a mock courtroom in her backyard, ruling on neighborhood cases. 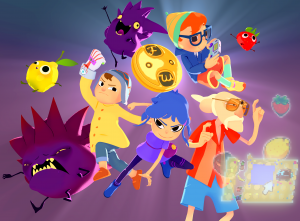 For Rai Kids (Italy), Food Wizards (10×11’),  in which Ginny, Ham and Pc have the magical power to enter people’s bodies in order to counteract the effects of improper nutrition, fighting against the “bad guys”, that are the Toxins and the Metabolism Monsters. In Incredible! (13×5’) together with Andrea Vico and a young scientist there are Key, Foon and Tuby, three characters in 3D animation with the task of explaining the world of science in a playful, fun and synthetic way.

Zoland Animation (China) has among its recent productions Betsy The Bear Car, a 2D 52×5’ preschool animated series, about funny animal cars. Betsy and her family and friends embark on one exciting adventure after another. They may make mistakes along the way, but together, they always find the solution to their problems at the end of the day. Young children will be fascinated by the imaginative world and characters in this series, and learn through its fun-filled and educational stories. The show is available in English, Bahasa Indonesia, Russian, Chinese. 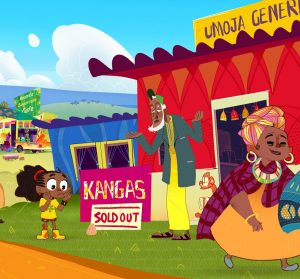 Mako (Turkey) presented the new preschool IP Papo Hapo (26×11’). Created by Irmak Atabek Ndungu and Mbithi Masya, is about the everyday life of an odd but fun quartet. Nia-an idealist 6-year-old girl, Mbui the naughty billy goat, Kif the nerdy rhino, and Aswa the oxpecker, live in an imaginary town which is built around Mama Baobab, a 1500 year old baobab tree. The show is using African wisdom for solution making and it aims to inspire kids all around the world to get curious about Africa and African cultures, and see African kids as potential friends.

MIAM! animation (France) in 2022 has produced Edmond and Lucy, a preschool series (52 x 12′, realtime CGI), focused on the relationship with the nature and full of fun, with Edmond the squirrel, and Lucy the bear cub. Goat Girl (52 x 11′, 2D) is an interesting co-production with Daily Madness and Thuristar, aimed to kids 6-11. It is the story of Gigi, a 13–year-old girl who just happens to have been raised by mountain goats. The MiniWhats (52 x 7′, 2D) is a project for the age group 4-8 by Doncvoilà Productions and Silex Films, distributed by Miam! animation. It is inspired by the kids’ books Les Quiquoi, about a joyful gang of six friends with unique personalities. They draw using a magic pencil, bringing all their sketches to life!

Blue Spirit (France), after the success of the second season of Arthur and the children of the round table, is at work on three highly anticipated new CG series. Mille Bornes Challenges (52×11’30, 5-8 year olds), is the adaption of the famous Mille Bornes card game. The 5 biggest junior karting clubs have selected their team, composed of a driver and a co-driver with a great talent.

The second season of Alice & Lewis (52×11′, 4-7 years old), inspired by Alice in Wonderland, broadcasted on TF1 from November 2022. The Borrowers (52×11’30, 6-10 years old) is in development, born from the universe of Mary Norton‘s books, adapted for the first time in an animated series! During a pilfering mission, Arrietty, a thief as tall as an apple, is spotted by Tom, a Zumain! What should have turned out to be a disaster turns out to be an incredible encounter between two worlds.