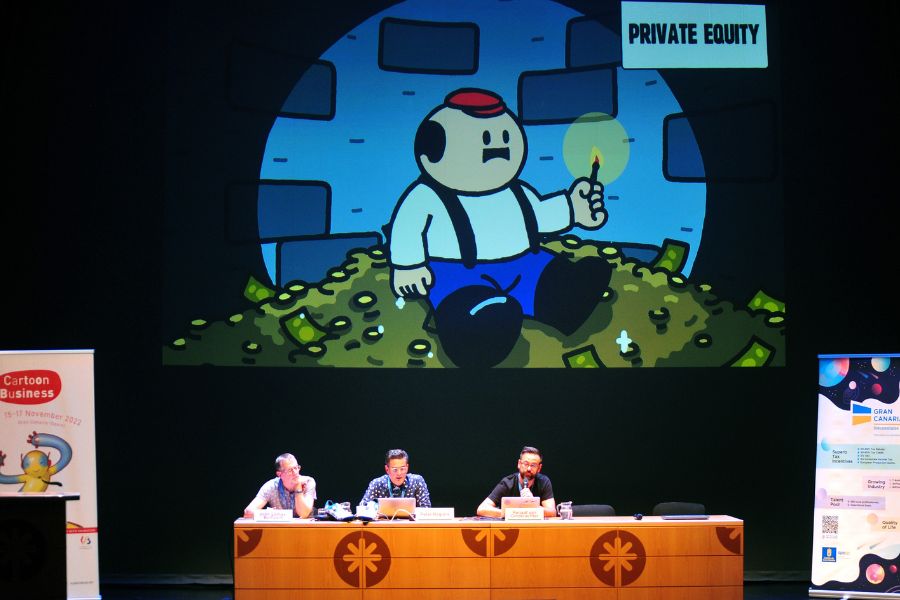 Two case studies stood out: Pocoyo’s evolution into Muchoyo to raise awareness on children’s rights and the success story of Dickie, a local comic book turned into a 360-degree IP.

It’s a wrap for this year’s edition of Cartoon Business, which unspooled in Las Palmas de Gran Canaria from 15-17 November. As always, a raft of talks covering the latest trends in the business of animation welcomed the numerous industry guests in attendance. In particular, two case studies on branding stood out from the crowd.

The first one was presented on stage by Eduardo Garagorri, of KOYI Talent. Before zooming in on the case study, Garagorri highlighted that “playability” and delivering a story able to expand the experience are essential aspects to take into account when it comes to brand development. “When you try to trick the consumer by selling some nice TV ads, sales may happen but you’ll never build a brand”, he pointed out. The specific case he presented the audience is about Pocoyo’s transformation into Muchoyo. Since 2005, Pocoyo and his friends have not changed much: “You can see, for example, Teletubbies changing their format and the way they communicate to audience. Of course, we change the stories, but Pocoyo is essentially the same. […] But is Pocoyo ready to accept a challenge?”.

The challenge came when Pocoyo was offered the opportunity to exploit his image and his large, young audience to support a fund-raising campaign organised by the likes of UNICEF and Save the Children on the occasion of the World Children’s Day on 20 November. Working on a character such as Pocoyo, however, has not been easy task. Pocoyo is known worldwide as “a curious kid, willing to learn and help others” as well as “a colourful, cheerful character from a White background,” who lives “away from problems.” Besides, he barely speaks and uses a narrator to express his emotions and desires. 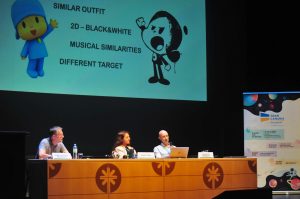 “We realised it was time to evolve Pocoyo”, Garagorri revealed. Thus, Pocoyo turned into Muchoyo. He now wears a similar outfit but is drawn in a 2D, black-and-white style. The new character is born with the right attitude. He knows the street rules, he fights for his rights, and he is a revolutionary who lives in a big town. Muchoyo debuted in a catchy rap song through which he delivers his empowerment message. A dedicated website, muchoyo.org, is at the core of #thechildrensrevolution campaign, with branded T-shirts on sale to support Muchoyo’s good battle.

Later in the day, a panel moderated by focused on the successful case study of Dickie, which was turned from a 20-year-old local comic book into a 360-degree IP by Peter Rogiers and Renaat Van Ginderachter, of Gent-based De Hofleveranciers. The 52×2 series produced by the Flemish studio, follows the titular character’s misfortunes, an average man who ends up in trouble regardless of the situation he is in.

The two speakers stressed on how the very simple drawing style combined with a good dose of biting black humour and politically incorrect wit were great foundations to implement their 360-degree branding strategy, aimed to intercept adult audiences. Such strategy had to be carefully planned beforehand, though, and not along the way as it often happens with other IPs.

Among the most remarkable ideas, the team managed to sell branded face masks, and recently licensed the IP to produce branded T-shirts and a Belgian beer to serve in bars, pubs and museums.