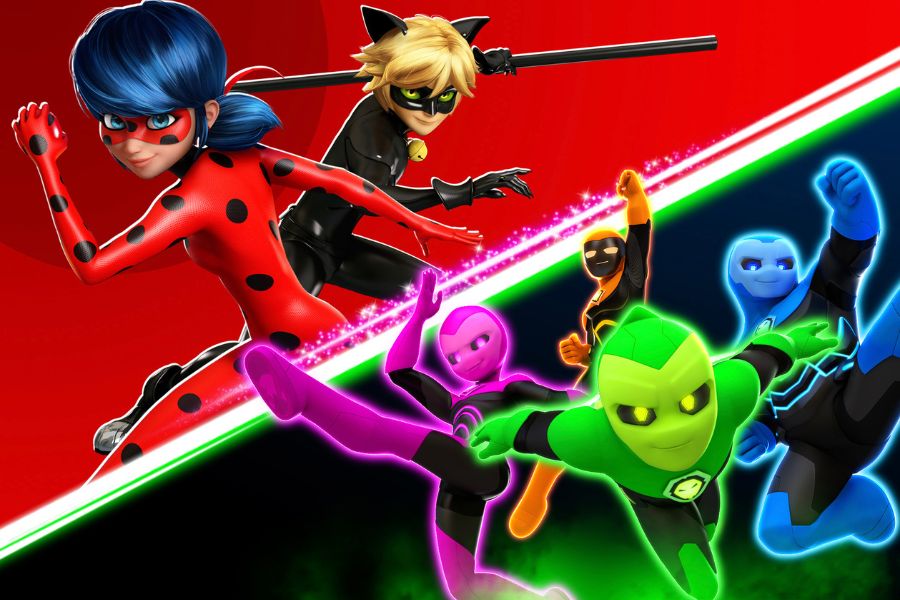 THE SUCCESS OF MIRACULOUS LADYBUG IN MEXICO

Since establishing a dedicated office in Mexico in September 2021, enthusiasm for ZAG’s multiple award-winning flagship brand Miraculous – Tales of Ladybug & Cat Noir continues to soar across the region. In response, ZAG has hosted its first brand summit at Teatro Centenario Coyoacan in Mexico City on November 17.

In addition to Miraculous Ladybug, ZAG has presented the latest series, Ghostforce, an original comedy- action series for kids and families about high school teens turned superheroes who defend their city from the ghastly ghouls haunting it, and the animated feature Melody, directed by Jeremy Zag and starring the voice talent of singer, songwriter, and actress Katy Perry. The announcement was made by Angela Cortez, Vice President, Licensing, Latin America.

At the Parisian-themed event, ZAG has announced new partners for Miraculous, including Gatos Producciones, Revlon and Grupo Danhos, and other upcoming initiatives for the hit brand.

Overseeing the event alongside Cortez was ZAG’s Betsabe Luna Gonzalez, who serves as Director of Retail and Licensing for Mexico and Central America, along with Category Manager Rosalba Flores. The Latin America executive team reports to Julian Zag, Executive Vice President, Global Operations and Head of Consumer Products.

In October, Miraculous apparel licensee Carnaval launched their new product lines with the Liverpool department store chain in over 70 outlets, with exclusive Miraculous exhibitions upcoming in 21 stores nationwide from December 15 to 30; and footwear licensee Yuyin launched their new products at hundreds of Coppel stores, with the retailer reporting 49% sell- though in the first weeks of launch.

Also Revlon has entered into a second marketing alliance with the brand, partnering with Expo TNT, the most prominent convention in Mexico devoted to Japanese Manga and Anime. Cosplayers receive make-up kits to create their favorite Miraculous akumatized character for a sponsored Instagram event, with winners receiving prizes including convention passes, t- shirts, and Miraculous dolls.

In August, ZAG organized a major back-to-school event with leading licensee Fotorama for backpacks and other school products at over 1200 points of sale across multiple regional retailers with solid product sales reported; and carbonated beverage company ICEE ran a collectible cup promotion on over 200,000 cups.

Miraculous has 91.67% awareness in Mexico for girls ages 7–9 due to the robust content available on key platforms, and fans connect with the series values of love, courage, humility, kindness, belief, perseverance, and loyalty that are reflected in every episode. Miraculous airs daily in Mexico on Televisa, as well as Disney Channel and Disney+. The first three seasons of the series also stream on Netflix. Season five of Miraculous will roll out in Mexico in 2023 alongside the US$100 million+ animated feature Miraculous Ladybug & Cat Noir: The Movie.

At the Summit, ZAG has expanded its portfolio, presenting Ghostforce, which premiered in Latin America on Discovery Kids in December 2021, garnering top ratings among the kids 4–8 demographic in Mexico. Toys from ZAG Play and Playmates will launch in the region in 2023 and feature action figures of the main heroes and a collection of boo capsules that will play on the collectivity of the ghosts. ZAG is looking for partners in key categories, including apparel, back-to-school, publishing, and more.

Currently in pre-production, the animated feature Melody will directed by Jeremy Zag, and Katy Perry will co-write and perform the songs for the film. In this musical adventure, kind-hearted, insecure yet prodigious singer Melody must overcome the evil plans of Rose Stellar, a jealous wicked pop queen who has vowed to destroy her.  Packed with magic, love, and wonder, Melody is an uplifting and inspiring story of self-discovery that celebrates the importance of fulfilling one’s dreams by believing in oneself and, above all, that to love is stronger than to be loved.

“Mexico is the largest and most mature market in Latin America and aspirational to Latino countries” commented Cortez. “Miraculous continues to grow with over 40 partners currently on board, and we look forward to developing the consumer products strategy for Ghostforce across Mexico alongside our toy partner Playmates. Additionally, ZAG has an incredible portfolio of upcoming content that convey stories full of value that we can’t wait to share!”.