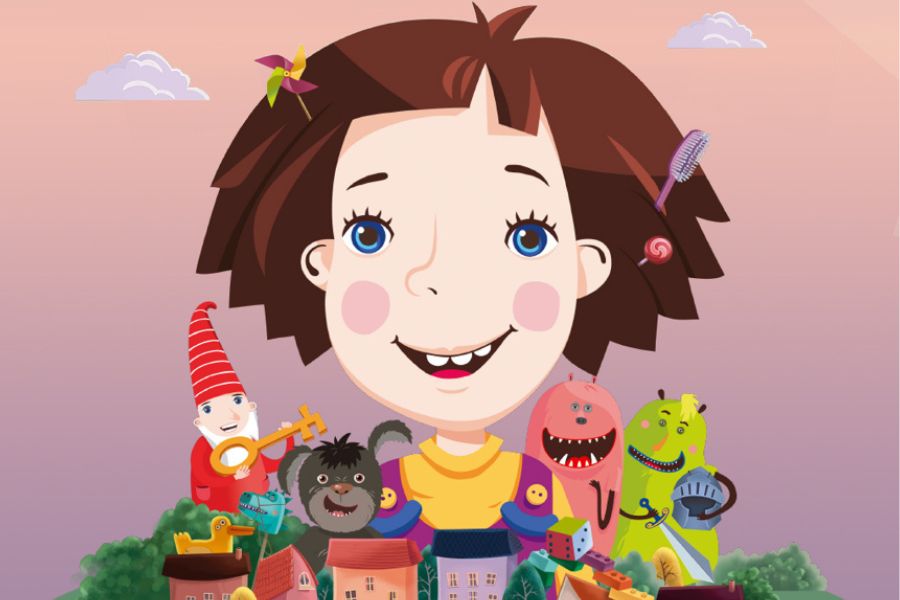 It’s time to bring the beloved characters of Nelly Jelly from books to the screen.

In 2023 new animated TV series of Nelly Jelly World will be launched. The team is currently in intensive search of and negotiations with potential broadcasters and streamers.

As Nelly Jelly says herself: “You might not know me in person, but my name is Nelly Jelly. I was born on colored pages of a book, and now I am readying myself to relocate to the animated TV screen, and, yes, my audience in my home country is immense. I’m literally everywhere. At meet-and-greet events in the biggest shopping malls that struggle to accommodate massive crowds of kids and their parents. On YouTube tunes that become instant hits. And, of course, I’m at the center of the stunning fact that almost every single kid in Lithuania visited the world of Nelly Jelly at least once at some point in his/her life. Meet the character larger than life“. 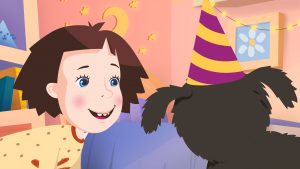 Nelly Jelly, the character of the illustrated book, created twelve years ago, is the most recognizable in the country by both Lithuanian children and their parents. It all started with an idea that came to the mind of writer and artist Lina Žutautė and her son: “What about creating an inquisitive girl that is always eager to ask questions, discover things and find joy in these everyday revelations? Funny, witty, and endearing?“.

And so, it began and soon grew into the biggest Lithuanian publishing success story ever. Today, Lina is the mother not only of Kakė Makė (as Nelly Jelly is known in Lithuania), but also of eleven books, which have been published in Lithuania with a circulation of almost half a million copies (a fantastic number for a country of less than three million). The Nelly Jelly series books soon were accompanied by other books for parents and kids, culinary recipes, gardening advice, encyclopedias, 26 new titles in 2021 only.

What’s more, Nelly Jelly and her friends have successfully entered the world of licensed products. Over thirty partners have successfully produced a wide range of products under this brand: food and supplements, hygiene products, aromatherapy, advent calendars, furniture, toys, household appliances, and smart devices. New products are being added all the time, and the first half of 2022 saw 1 million branded products bought already which is a lot for a market with only 142 000 children of the target age.

Nelly Jelly and her friends inhabit it. These characters are, first and foremost, Nelly Jelly’s own family: Mum, Dad, Grandma, and dog Choo Choo, with whom she is joined by her less earthly friends. Usually made up of children, in Nelly Jelly’s world, the Mess Mess Gnome, the cute monsters Onster and Ponster are all very real and are constantly getting involved in hilarious situations, which they resolve together with Nelly Jelly herself. 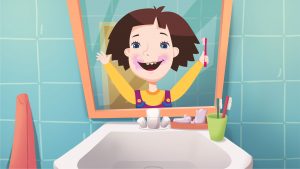 Let’s imagine the simplest day for our little spectator. You’ve barely had time to get up, and you’ve already got all sorts of problems to deal with – brushing your teeth, trying not to look at the room that’s been turned upside-down (and you’ll still have to tidy it up), organizing the kind of birthday party you only dream about, and finally, how to take care of the kitten you found in the street and brought home. Both the storytelling and the content are in line with what we like to call the latest post-pandemic trends, which are particularly relevant for the alpha generation. In its own way, it is almost the first generation that has literally grown up with the digital world, and hence the digital content that Nelly Jelly strives to reach out to and retain its attention with.

Although Nelly Jelly is a five-year-old girl herself, her universe is for the whole family. Nothing will help parents understand their children better than reading books with them, solving puzzles, and most importantly, transporting themselves back to their own childhood for a minute, forgetting all the answers and creating only questions.

“Humor, emotional intelligence, safe expression of feelings, social and even global issues – all these ‘adult’ themes enrich the content for children and make it universal, something that is fun to watch not only for the youngest viewers but also for their parents. In general, the major animation studios are no longer even creating content just for children. All their content has many layers and is designed to inspire audiences of all ages. I think that this shift only benefits content for children“, says Simona Krasauskienė, CEO at Nelly
Jelly World.

Onwards to the screen

And now it’s time to bring the beloved characters from books to the screen. “Creating a new format, i.e. animation, when we already have the books we love, is a difficult and responsible job. We want to convey all the magic of the books as well as surprise the fans with new ideas. However, we primarily strive to maintain the essence: to continue telling meaningful stories that develop curiosity, emotional intelligence, and life skills for the whole family. Quality is without a doubt one of the most important cornerstones on this creative path, but at the same time we do not prevent creators from achieving self-fulfillment and putting their vision into action”, says Simona Krasauskienė. 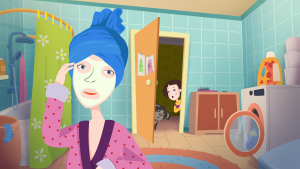 For animation, MeinArt Animation Studio has been selected, with more than 20 years of experience in this field. According to its founder Meinardas Valkevičius, creating an animated adaptation of Nelly Jelly, which will be seen not only by Lithuanians but also by foreign audiences is a true joy and a big challenge.

“The world of Nelly Jelly is unique and magical because it is told from a child’s point of view. We also seek to convey this in animation, in which we portray what is magical, unexpected, or maybe even non-existent in the real world, as something indistinguishable and ordinary”, says Mr. Valkevičius. As Mr. Valkevičius tells us, the world of Nelly Jelly is not only visually recognizable but is also popularbecause of audio recordings, as there are numerous dedicated songs, which children have learned by heart.
Special attention will also be paid to the music in the animated series. “The soundtrack for the Nelly Jellyseries is currently being developed by a composer from Mexico who has extensive experience with similar projects”, says the head of the studio.

Let’s get together with Nelly Jelly

Interested? Would you like to be a part of this national success story becoming global? Check us at Nelly
Jelly social media networks