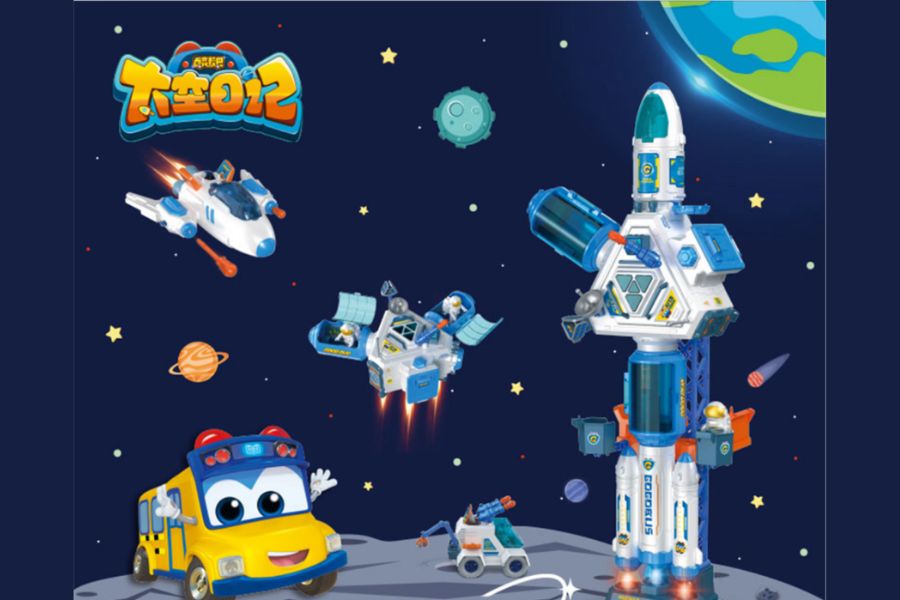 As one of the most eye-catching and popular preschool animated titles, Winsing Animation’s IP GOGOBUS stood out from the crowd and won the 2022 Rising Star Property Award at the 15th China International Licensing Expo.

The 15th China International Licensing Expo (CLE) was held in Sichuan, Chengdu for three days from 1st through 3rd November. As Asia’s most influential and biggest professional brand licensing trade fair, China Licensing Expo has been organized by CTJPA for 15 years. It is the first time that CLE is held in Sichuan, a city in Midwest China. Winsing brought in its popular titles, especially the debut of GOGOBUS: Space Journal Season One in this event in parallel with brand-new GOGOBUS space-related toy series unveiled. 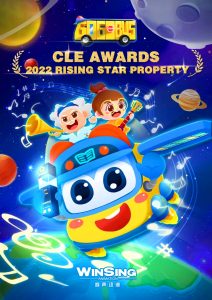 Along with the new animation series, two new toy playsets with the space-themed debut at this event. Space Station Playset includes a sound & light space station that can launch bullets, which can also transform and combine with a space rocket to simulate rocket launching. Space Exploration Team Playset includes components of an aircraft, a rover and two astronaut figures. Both vehicles have cockpits for astronauts and can launch bullets as well. Children are available to assemble the toys, not only for fun but also to exercise their eyes and hands.

Another new toy line Magnetic Transforming Cube added some magnetic features to the transforming function. The product appearance is designed according to the different animal images in the animation, such as lion, chameleon, bowerbird, rabbit and bull. Trigger the magnetic cubes with GOGOBUS vehicles, and transform them into different animals. There are multiple combinations for you to create.

Since the launch of GOGOBUS in 2019, Winsing has completed ten animated seasons and multiple toy lines. The GOGOBUS IP is highly recognized by the international licensing industry. This year, the upcoming GOGOBUS: Space Journal in mid November is undoubtedly the most anticipated. Different from the previous setting, this new animated series in GOGOBUS world is off the ground and brings children to a new chapter for a space adventure full of joy and excitement.