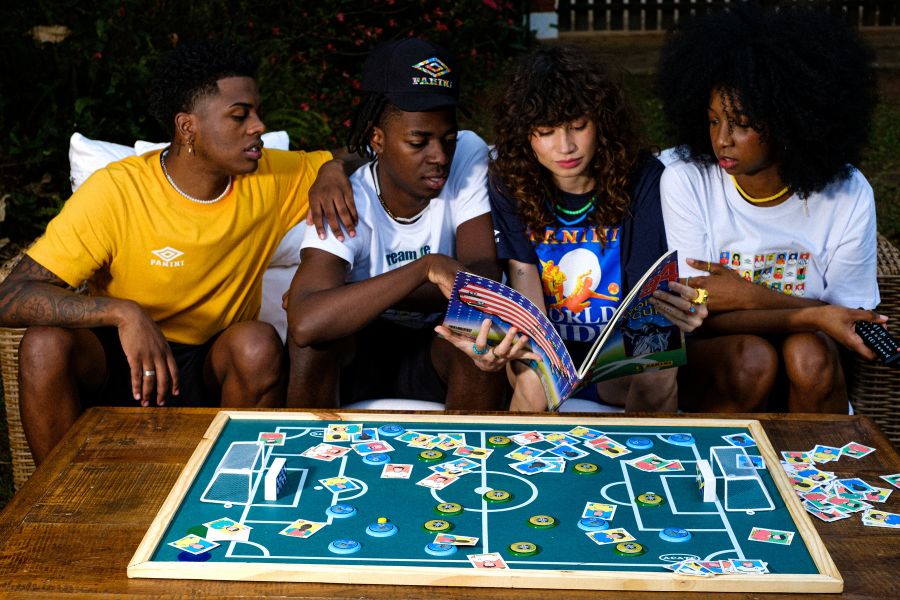 A new joint collection between the brands arrived on the market at the end of October with two exclusive drops: Legends and Fun.

Collecting stickers is a passion of millions of people and, every four years, children and adults get euphoric with Panini‘s biggest launch involving the main football tournament in the world. The album of the national squads that compete for the most important trophy on the planet is always the subject of the moment, whether in schools or in the workplace. A real fever that infects everyone.

On the heels of the latest release from the iconic Italian company, Umbro and Panini have come together to present an unprecedented collab aimed at fans of the famous stickers, football lovers and collectors of exclusive pieces. There will be clothes and accessories that combine the love of football and the tradition of both brands, with a unique style developed in partnership.

The product line includes an entire wardrobe, so that the collector can dress their passion from head to toe, literally. There are caps, buckets, t-shirts, jackets, pants, shorts, skirts, shoulder bags, socks, sneakers and even a stylized backpack with colorful stickers that refer to different national teams around the world. All in two exclusive drops.

With a more fashion-oriented approach, something that Italians know like few others, the Legends line of the collab between Umbro and Panini features black as the main color, but also has white, green and red in its details and graphics.
The historic Panini logo also gains its space, referring to a photo of Carlo Parola, defender of Juventus (Italy) during the 1950s. The volley given by the athlete was immortalized by the company and represents attributes such as talent, skill, elegance and grace, something that the collection developed by Umbro also sought for its Legends clothing and accessories.

The second drop of the Umbro and Panini collab presents models that explore more colors and a joyful style to wear. The pieces refer to stickers from different countries, as well as tactical formations that simulate “dream teams” assembled by collectors, mixing players from different nationalities. Umbro’s logo also gains a new face, being filled with stickers in an unprecedented way. Items for collectors.
The historic symbol of Panini’s bicycle kick is also present, both in compositions with Umbro’s double diamond, and in T-shirts that refer to Brazil, Italy and England. They are clothes and accessories that exude the joy of being passionate about the most popular sport on the planet.
With launches and sales separated in two stages, the Legends and Fun lines of the collab Umbro and Panini can be found on the e-commerce of the English brand in Brazil (www.umbro.com.br) and in partner stores of clothing and sports.

The deal was brokered by Vertical Licensing, the agency that represents Panini in the territory. 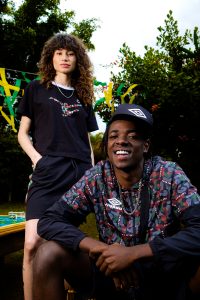 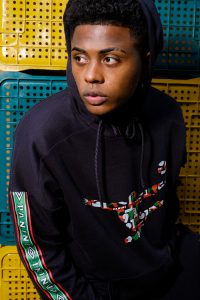 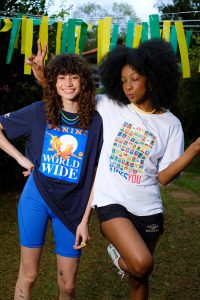 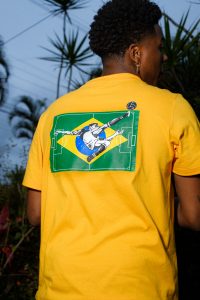