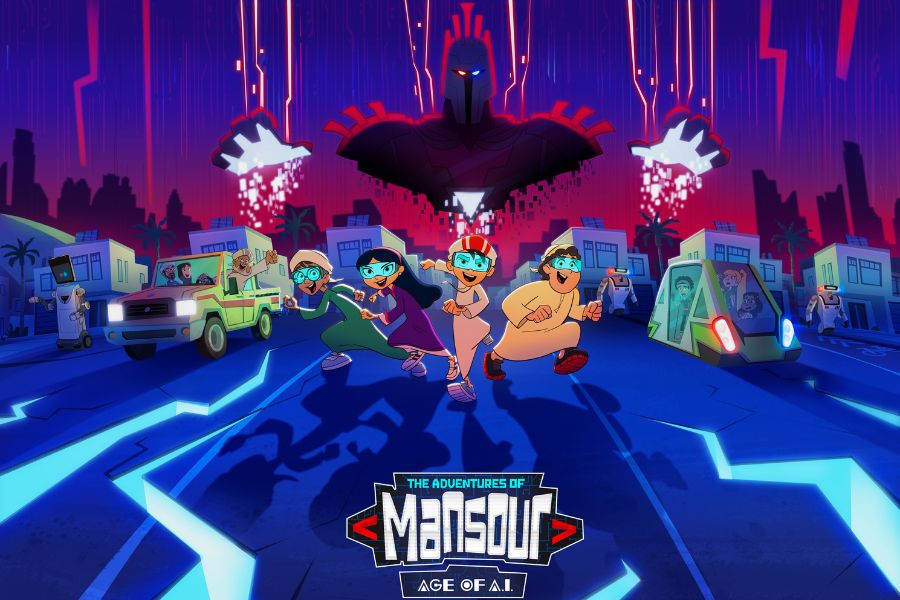 THE ADVENTURES OF MANSOUR FROM YOUTUBE TO TV LAUNCH

Tags from the story: Mubadala, The Adventures of Mansour.

Originally created in Abu Dhabi to appeal to Arab children and encourage a healthy lifestyle, cultural appreciation and an interest in Science, Technology, Engineering, and Mathematics (STEM), the show has superseded the expectations of its original, award-winning creator, Rashed Alharmoodi, to capture the imagination of children across the entire Middle East region and beyond.

Now a popular show among children in the region with three million subscribers and 280 million watch hours, and 25.2 million unique viewers in just the last 90 days, the new series aims to build on this success. As the first Arab cartoon to be originally produced in both English and Arabic, the new creators, Bidaya Media, aim to take the story of Mansour to children all around the world.

Commenting on the launch of the new globally relevant show, Brian Lott, Chairman of Bidaya Media and Chief Communications Officer of Mubadala, said: “Mansour has captured the imaginations of young audiences and established a wide fan base across the Middle East. Our upcoming seasons of the cartoon take Mansour to a new level, with the aim of encouraging children to understand issues across borders through fun and storytelling. As the first Arab cartoon to be originally produced in both English and Arabic, we have created new episodes of Mansour that build on its heritage and increase audience awareness internationally.”

Set in the near future, in the technologically advanced Salam City, ‘The Adventures of Mansour: Age of AI’ is a sci-fi action adventure series that revolves around Mansour, a 12-year-old tech whiz, who unintentionally creates a mischievous sentient artificial intelligence known as Blink. With the support of his closest friends, Mansour must deal with all manner of pranks, challenges and dangers posed by Blink, who for his own amusement, is determined to cause as much chaos as possible for Mansour and the people of Salam City.

The series targets children aged 6-12 and is funded by Mubadala Investment Company (Mubadala), a sovereign investor that delivers a positive impact on the communities where it operates, and the Abu Dhabi Early Childhood Authority (ECA) as part of their efforts to support children content creation that support inclusion, culture, and Arabic language.

Commenting on the partnership between the ECA and Mubadala on the show relaunch, H.E. Sana Suhail, Director General of ECA, said: “We are proud of our deepening partnership with Mubadala in expanding the available development opportunities for children worldwide through the relaunch of such a popular show. Importantly, the relaunch exhibits a healthy balance that is needed in today’s world between the role of technology in our lives and the need for children to disconnect from their devices and connect with the real world. This healthy balance between the online and real worlds is at the core of this show and is key to better prepare our children for the future.”

Supported by increased budgets and enhanced production values, the rebooted show has used a global network of talent to bring the fan-favorite show to children all around the world, from English voiceover performed at Baboon Animation in New York to animation production by Top Draw Studio in the Philippines.