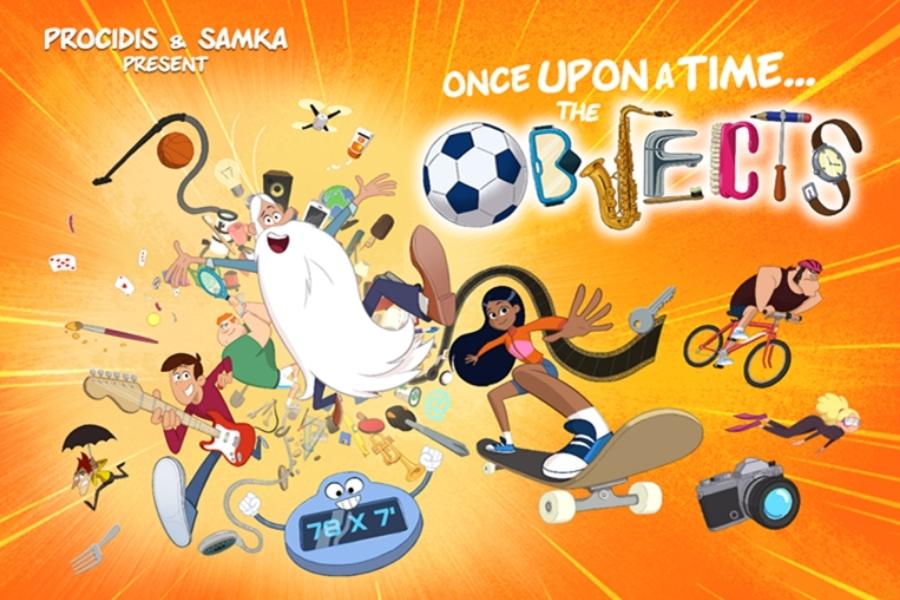 After 7 edu-tainment series broadcasted in countless countries for more than 40 years, Maestro returns to tell children about Everyday Objects, that surround them in their daily lives: episodes are full of anecdotes, high-key historical characters and humor!

Once Upon a Time…The Objects (78 x 7’) blends a wealth of precise scientific information with the characteristically humorous tone that has insured the long-standing reputation and success of the original series. More than 200 million books have been sold as well as 120 million DVDs worldwide; as of today, more than 40 licensees are developing consumer products in numerous territories.

The series, currently in production, is due to air in France on FranceTV, in Israel on HOT, in Switzerland on RTS and worldwide on TV5MONDE, in the first semester of 2024. A wide range of merchandising developed by Procidis will be available.

Did you know that behind a soccer ball, glasses or a fork, there are treasures of inventiveness and thousands of years of history? Each episode of this new series focuses on an object. Through its creation and its evolution, through the ages and civilizations, we approach all sciences, from physics to philosophy and history.

Each object of our daily life is the fruit of a long process and conceals a rich history of knowledge and human adventures. You will never again look at your toothbrush, your pants or your computer in the same way.