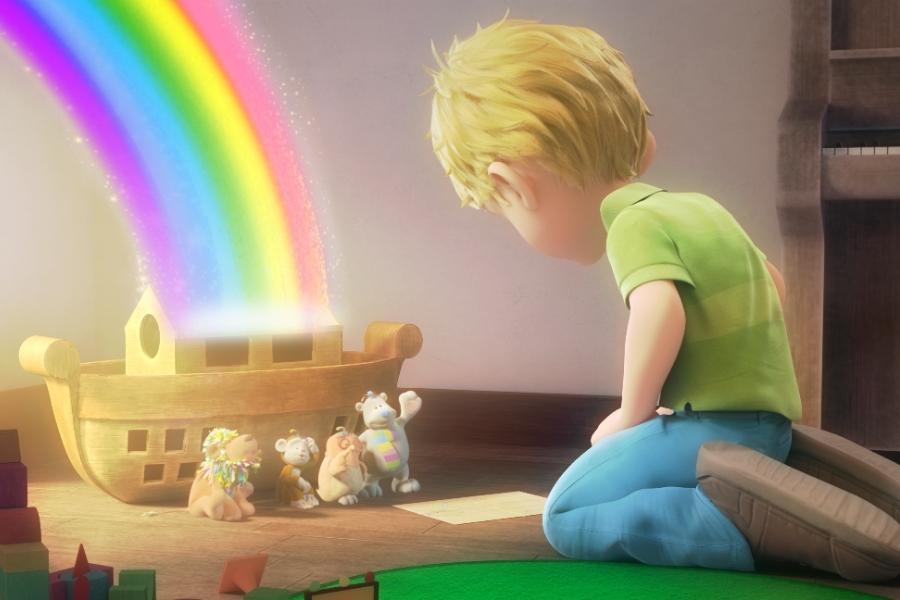 With activity ramping up across its first two properties and a new project under discussion, state-of-the-art animation and media company FuturumKids has a busy MIPCom planned at the Palais des Festivals in Cannes.

The FuturumKids/Toonz title, 52 x 11 animated series Charlie’s Ark, will be strongly promoted to potential broadcast partners at MIPCom, a key international co-production and content market.
It tells the story of Charlie, a five-year-old boy, and the ark-shaped toybox in which he keeps his toy animals with their ark-inspired rainbow top-knots, manes and tails. But these are not just toys; they all come to life – and together Charlie and the toys have many magical adventures.

“We are elated to join hands with FuturumKids to co-produce and co-distribute this promising preschool show called Charlie’s Ark. This partnership affirms our commitment to make kids and families happy by providing high-quality content,” P Jayakumar, CEO of Toonz Media Group commented.

The series, which has now commenced production in Ireland and Las Palmas, will bring to the screen the engaging style of the books, whose charm, evocative storylines, and emotionally engaging illustrations have strong cross-generational and televisual appeal. Indeed, an early unveiling of the concept at MIPTV in April enjoyed an excellent reception.


Longer-term plans will include licensing and merchandising, building on writer and illustrator Mike Payne’s enormous success in commercial greeting card design, books and gift concepts that have sold in the hundreds of millions worldwide.