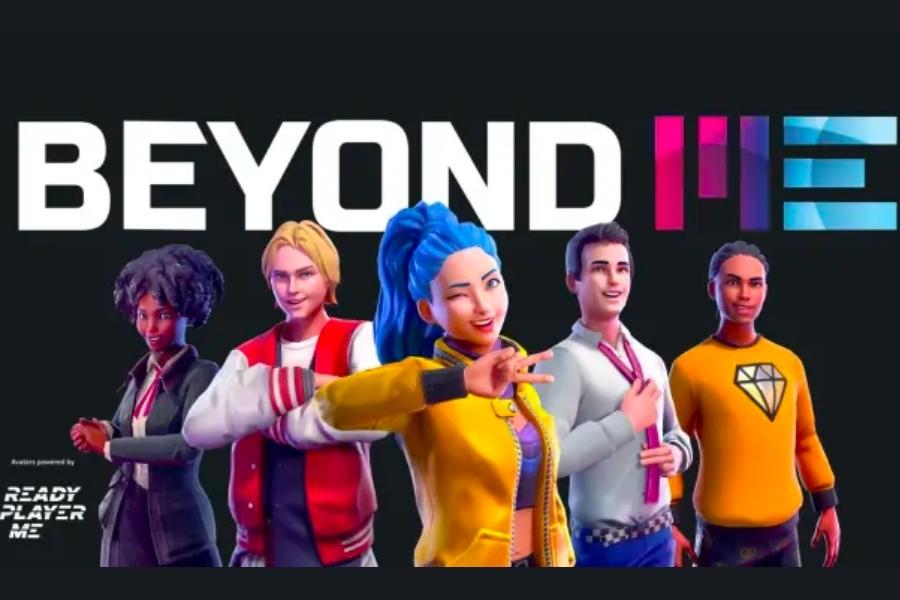 Falcon’s Beyond has announced BeyondME™, a new fan loyalty and online game platform that will enable players of all ages to connect, personalize, and be rewarded for their engagement across both digital and real-world experiences.

BeyondME will be powered by Falcon’s own proprietary and patent-pending ÄEONXP™ technology, designed to transform individual experiences into a connected and persistent gaming ecosystem that extends engagement, creates player agency, and encourages repeat visitation.

BeyondME will encourage players to gain experience points as virtual currency, called XP, by participating in a variety of real-world experiences across Falcon’s properties and virtual experiences within the BeyondME web app, and by playing BeyondME-enabled online games.
XP can also be earned on purchases at Falcon’s own physical retail locations and on the Falcon’s e-commerce store, currently in development.

BeyondME’s platform will feature four Level-UP tiers. The higher the tier, the more XP players can earn. Players will then be able to spend their XP in a variety of ways, including unlockable customizations to their avatar and abilities within experiences, as well as discounts on Falcon’s retail and dining. Players can also leverage BeyondME across Falcon’s  online games currently in development, including a Katmandu-themed mobile game and a Roblox game, previously announced.

Falcon’s has teamed up as an official developer partner with Ready Player Me, an international company based in Estonia that creates avatars in virtual worlds (“Ready Player Me”), to integrate their cross-game avatar platform into BeyondME. Players will be able to use a selfie to instantly generate their Ready Player Me avatar for use in BeyondME, and then personalize their digital likeness with hundreds of customization options such as new clothing, accessories, hairstyles, and more. Players will also be able to either spend the XP they’ve gained or directly purchase additional customizations for their avatars. On mobile devices, players will be able to use augmented reality to take selfies posing as their avatars and control their movements and interactions with real world environments. Ready Player Me avatars will be interoperable across Falcon’s experiences as well as thousands of other compatible games and applications utilizing the Ready Player Me platform.

“Leveraging our expertise as experience designers, storytellers, and technologists, BeyondME is an exciting and immersive new way to connect our audiences across our brands and offerings,” said Jason Ambler, President of Digital Media of Falcon’s. “Each individual’s personal preferences enhance their experiences, making them feel meaningful and tailor-made just for them, whether they’re engaging online or in real life.”

BeyondME interactivity and experiences will be enabled across the forthcoming Falcon’s Beyond Destination | Punta Cana, opening in late 2022 or early 2023, anchored by Falcon’s Resort by Meliá | All Suites Punta Cana, a 5-star all-inclusive resort, and Katmandu Park | Punta Cana, a cutting-edge theme park. Guests of the resort and theme park will receive BeyondME’s smart wearable technology which will allow them to access their profiles, rooms, and park passes, as well as conduct cashless transactions, and interact with various attractions and experience touchpoints across the properties. BeyondME will provide the opportunity for personalized content and functionality inside select interactive rides and attractions. Global leaderboards and rankings for various BeyondME-enabled online games and interactive attractions will be available online and displayed across Falcon’s properties.

“We believe BeyondME is the next evolution of experiential entertainment, expanding the metaverse concept from what is traditionally virtual experiences into the real-world at our brick-and-mortar destinations,” said Cecil D. Magpuri, CEO of Falcon’s. “Our guests will be able to interact with rides, attractions, and experiences across our destination properties, and then continue to build on their experiences long after they’ve returned home.”

The announcement of BeyondME is the latest in a series of recent news from the company. On August 23rd, the company announced the new Falcon’s Resorts by Meliá global leisure resort brand and Falcon’s Beyond Destinations. Meliá and Falcon’s will develop multiple Falcon’s Beyond Destination locations across the globe in the upcoming years, including sites in Tenerife, Canary Islands, scheduled to open in 2024, Playa Del Carmen, Mexico, scheduled to open in 2025, and Puerto Vallarta, Mexico, whose opening date will be announced in the future.

On July 12th, Falcon’s also announced plans to become a publicly listed company on Nasdaq through a definitive merger agreement with FAST Acquisition Corp. II (“FAST II”) (NYSE: FZT), a special purpose acquisition company founded by Doug Jacob and headed by Sandy Beall. Upon the closing of the transaction, the new combined company will be named “Falcon’s Beyond Global, Inc.” and is expected to be listed on Nasdaq under the ticker symbol “FBYD.” More information about the transaction can be found in the Investor Relations section of Falcon’s website.