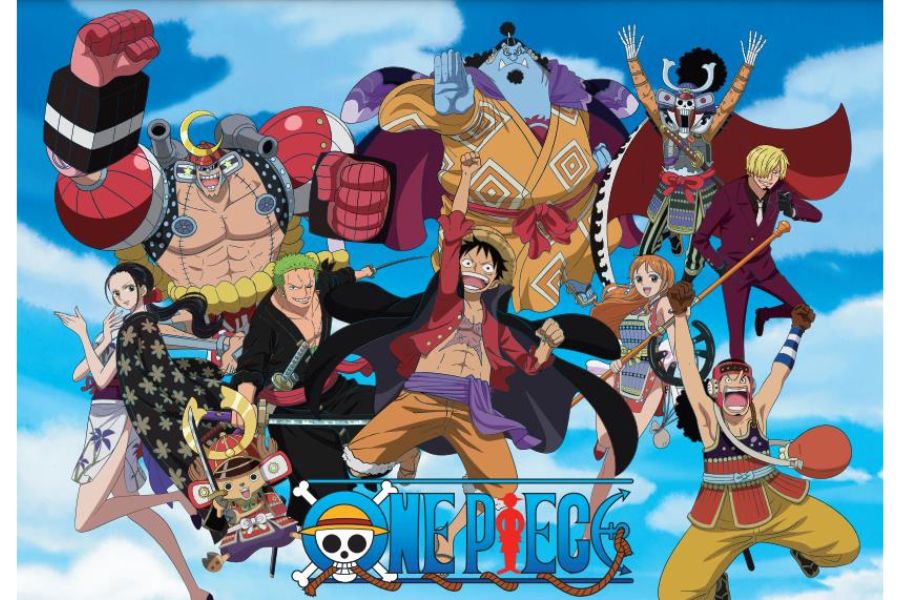 TOEI ANIMATION EUROPE TO EXHIBIT AT THE BRAND LICENSING EUROPE

At this year Brand Licensing Europe, Toei Animation Europe is highlighting the unstoppable licensing development of their various properties.

One Piece. The animated TV series with over 1000 episodes broadcasted in 80 countries and more than half a billion copies of the manga sold to date in the world, is still in full swing with more and more licensees joining the adventure worldwide. The video game publisher company Bandai Namco will release One Piece Odyssey, the new One Piece video game January 13th,2023 (https://fr.bandainamcoent.eu/one-piece/one-piece-odyssey).
Also, One Piece has continued to be highlighted in retails in Europe, thanks to DTR licensees such as Inditex group, Celio in August, or Don’t Call me Jennyfer with the launch of a successful new One Piece collection this fall. Other European retailers will pursue this trend in the coming months.

One Piece Film: Red. The new One Piece movie which was launched just 2 days apart in Japan & France at the beginning of August 2022 has achieved exceptional numbers in the global box office. With more than 10 million admissions in Japan – so far, the most profitable movie of the franchise and the best animated movie of 2022 – followed by excellent results in France with more than 950k tickets sold. It will soon be released in other countries all over EMEA, notably in The Netherlands (September 8th), Germany (October 13th), Spain (November 3d), The MENA (November) and Italy (December 1st), etc.
Many licensees have taken this opportunity to launch some exclusive collections based on the movie, such as Bandai for character figures, Abysse corp for gifts products, Limited edition of Lumibowl product, phone cases with Rhinoshield, Bioworld & Bacci for apparel and Uniqlo with a movie themed UT-Tshirts collection and many more to come.

Dragon Ball Super. It continues building its portfolio thanks to various licensees over the world: The master toy Bandai has launched several new figures featuring the heroes of the movie, while a new game Dragon Ball: The breakers, presented by Bandai Namco will be launched on October 14th. Taking place in the Dragon Ball Xenoverse universe, the video game will pit a team of seven Survivors trying to escape one Raider. For more information: https://fr.bandainamcoent.eu/dragon-ball/dragon-ball-the-breakers

Dragon Ball Super: Super Hero. The second film of the Dragon Ball Super franchise opens in theaters across the globe in all continents. Launched successfully in Japan in June 2022, the movie has hit the American box office two months after and marked the widest theatrical release ever for an anime in North America with 4,000+ screens in over 3100+ theaters. No1 on the opening week-end, the movie continues its rise all around Europe this fall.

Digimon. After the excellent Digimon Adventure – Last Evolution Kizuna movie, the next installment of the first saga of digital monsters was eagerly awaited. The new movie, Digimon Adventure 02 the beginning has been announced at the annual Digimon festival “DigiFest 2022” held in Tokyo on July 30th. For more information: https://www.toei-anim.co.jp/movie/digimon-adventure/# . While waiting for its release, fans can enjoy the TV anime Digimon Ghost Game or play the new video games Digimon Survive released by Bandai Namco on July 29th and dedicated toy collection from Bandai https://fr.bandainamcoent.eu/digimon/digimon-survive .

Sailor Moon. Tremendous year for Sailor Moon with many prestigious collaborations, bringing the property to another level. After the long-awaited collaboration with Pretty Guardian Sailor Moon and Casio Baby-G watch, Sailor Moon has teamed up with Maje. The luxury women ready-to-wear French brand, Maje with a capsule of apparel and accessories collection, is a wonderful tribute to the anime that sparked inspiration for girls worldwide. The property also teamed up for a special collaboration with the famous Californian brand Vans. The line will include everything from shoes to hoodies and more. https://www.casio.com/intl/watches/babyg/products/collection/special/sailormoon/

Toei Animation is exhibiting at the Brand Licensing Europe, Booth B220.