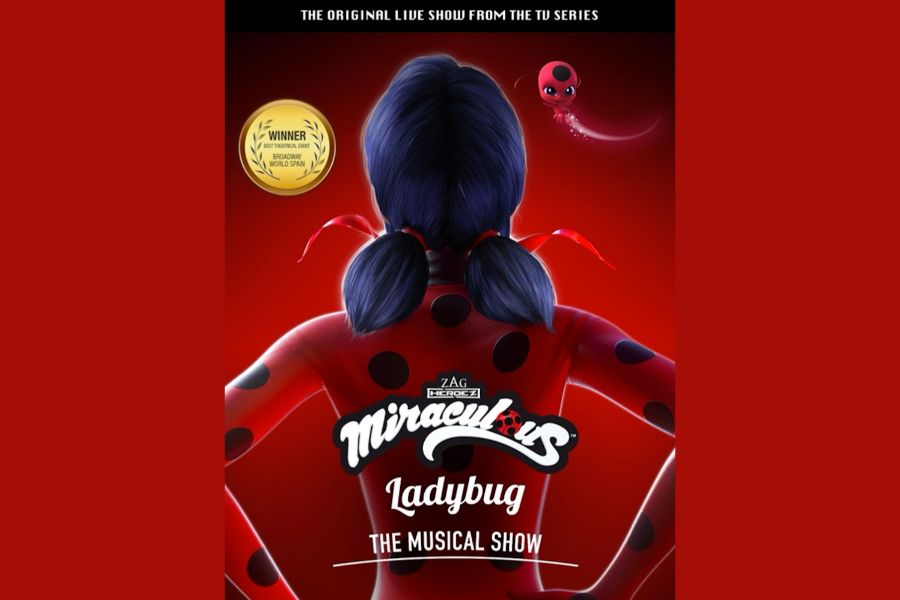 MIRACULOUS™ LADYBUG™ – THE MUSICAL SHOW SOON IN FRANCE AND IN BRASIL

Miraculous™ Ladybug – The Musical Show is set for its French premiere in October 2022, followed by the Brazilian premiere in June 2023.

Based on the globally renowned TV series Miraculous™ – The Adventures of Ladybug and Cat Noir, created by ZAG and co-produced with ON kids and family, the live-action show transports audiences from the TV screen to the stage to enjoy their favorite characters live.

Miraculous Ladybug – The Musical Show had its world premiere in Spain in 2019 prior to the pandemic, receiving the Broadway World Spain Award for Best Theatrical Event. Newly relaunched, the show premiered in Argentina at the Movistar Arena in Buenos Aires on July 23, and at Broadway Theater in Rosario on July 31st. Audiences at the sold-out events enjoyed a show full of magic, spectacular stories, unique choreography, and songs created especially for the musical show in collaboration with Jeremy Zag.   Iconic background scenes from the TV show are replicated including Marinette’s room, her parents’ Boulangerie, and the Palace Bourgeois.  Fans felt closer than ever to their favorite characters thanks to the “meet and greets” that were organized with the talent.

Ladybug, Cat Noir and friends will travel to Europe to continue their international tour in France with the show coming to 29 French cities including Courbevoie, Toulouse, Lyon, Marseille, Nice, and Paris starting October 16. The next confirmed stop will be São Paulo, Brazil, on June 17 and 18, 2023, at the Bradesco Theater.

The international production companies Proactiv Entertainment and DeAPlaneta Entertainment are working to close new dates in 2023. To learn more, go to visit: https://miraculousliveshow.com/