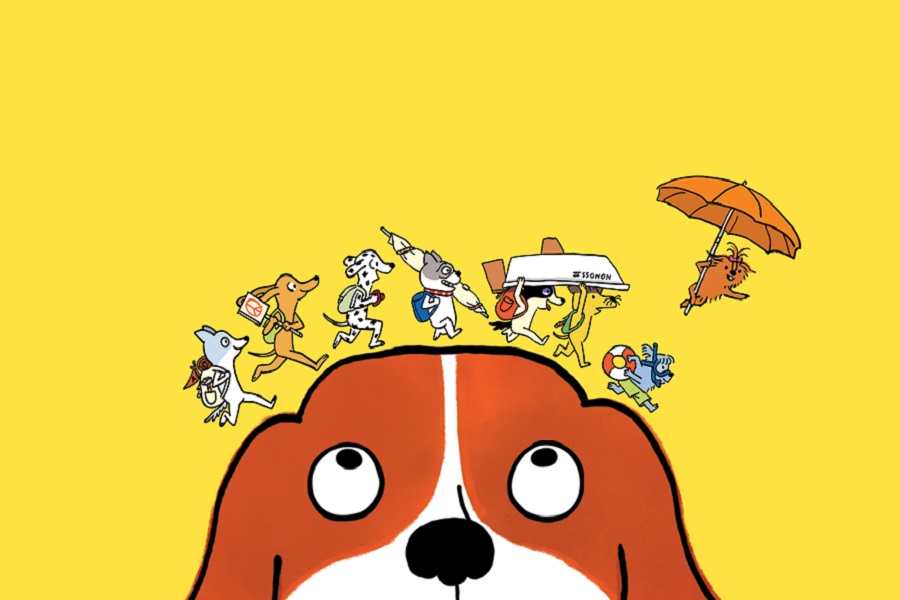 Emmy Award-winning French animation production and distribution company Dandelooo will be unveiling a 2D animated TV project, A Day with the Dogs to potential industry partners at this year’s Cartoon Forum in Toulouse.

Adapted from the book series “Les toutous” by Dorothée de Monfreid, published by l’Ecole Des Loisirs and printed in numerous countries and languages including English, Italian, Spanish, German, Chinese, and Japanese to name a few, A Day with the Dogs (78 x 7’) is a character comedy series aimed at 4 to 7-year-olds.

Directed by Cédric Guarneri and co-produced by Dandelooo and Barcelona-based audiovisual production company Teidees, the series follows the doggy adventures of a Saint-Bernard, Popov who is overwhelmed by his troop of crazy pooch cousins. Each episode takes place over the space of a day, during which the pooches are confronted with a simple problem or desire: to take a photograph, get rid of a flea, or go to the beach… Except that for every simple problem, the pooches always manage to find complicated solutions.
Popov is the eldest of nine cousins and he does his best to take care of his younger doggy cousins during the holidays, but little does he know how much trouble they’re going to get him into! Popov is a good-natured and dreamy Saint-Bernard. He lives on his own in a big house by the sea. His idea of a perfect life? Enjoying the peace and quiet of the countryside, tending his vegetable patch, and listening to music. Except that whenever the holidays come around, Popov becomes a nanny to his young cousins – eight ebullient pups, bursting with energy. And it’s goodbye to his quiet life!
Despite being very different in appearance and nature, these explosive bunch of pooches are united by their youthful insouciance and considerable naivety. The pups have always got an idea in mind, a surprise in store and a wish to fulfil. But the consequences of their adventures are inevitably borne… by Popov! Probably due to the fact that he never gets angry, the pups love to drive their big cousin crazy. Their desire to play always prevails over his instructions and advice. And as for Popov, he only wants one thing: for his cousins to be happy.