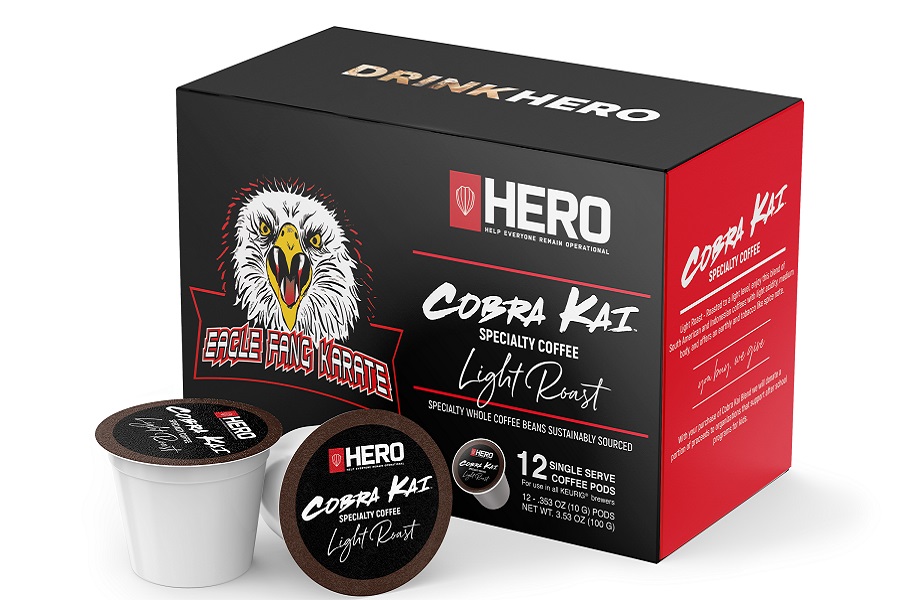 Building upon the success of several multi-layered partnerships in 2021, the global consumer products program will allow fans to continue experiencing the thrilling world of Cobra Kai beyond the screen, with expansions in categories including interactive gaming, apparel, accessories, toys, collectibles, home goods, novelty, costumes, jewelry, and publishing. A worldwide sensation, Cobra Kai products can be found in hundreds of exciting formats across the globe, including key markets U.S., Japan, and a significant expansion across the UK/Europe where licensees are engaging the Cobra Kai fanbase through extensive cross-category retail programs.

New launches for season 5 include: 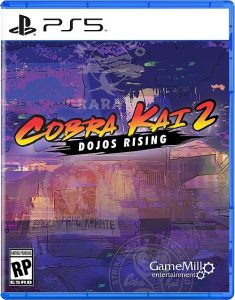 Publisher GameMill Entertainment announced the forthcoming release of Cobra Kai 2: Dojos Rising on PlayStation 5, Xbox Series X|S, PlayStation 4, Xbox One, Nintendo Switch, and PC via Steam. A sequel to 2020’s Cobra Kai: The Karate Kid Saga Continues, the game sees developer Flux Game Studio return for a continued adaptation of the hit series that deeply expands the playable roster of karate students and their senseis. The game is scheduled to release this October and is available for pre-order now at https://playcobrakai.com/.

Inspired by the series, Hasbro will release a special Power Rangers Lightning Collection Mighty Morphin X Cobra Kai capsule collection that will be available in Q1 2023, exclusively at Target.
Vans is celebrating the art of karate with a collection of footwear inspired by the All Valley dojos featured in Cobra Kai, following the release of season 5. From the coffee fields to the frontline workers, and everyone in between, the team at Hero Beverage is on a mission to Help Everyone Remain Operational. Launching this month, the HERO Beverage Co. x Cobra Kai collection includes coffee, apparel and accessories. Products will be available for purchase on drinkhero.com, Walmart.com and Amazon.com.
Inspired by Cobra Kai, Sony Pictures Consumer Products will team up with Century Martial Arts to create authentic martial arts equipment, rash guards, tees, uniforms, and gis for adults and kids. Available this September on centurymartialarts.com.
Coming this fall, Sony Pictures Consumer Products and Harper Collins will unveil The Kick-A** Book of Cobra Kai, an official guide to the thrilling world of the Emmy-nominated show. A celebration of the superfans, the book is an essential companion to the show, acting as a master sensei ready to guide readers through the karate-crazed San Fernando Valley. The legacy of The Karate Kid and Cobra Kai continues with never-before-seen photographs and illustrations, as well as interviews with cast and much more. Pre-order now on Amazon.
With Cobra Kai sure to dominate Halloween this year, Disguise (costume division of JAKKS Pacific) will expand upon their robust collection of Halloween costumes and accessories so the whole family can test their dojo skills. 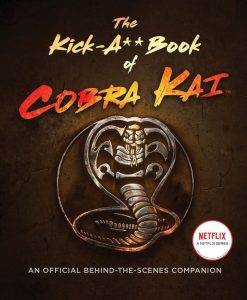 The 2022 collection of Contenders Clothing puts a retro spin on all-new graphic tees, hats, sweats, hoodies, and boxer briefs. Fans can expect to find references that harken back to the 1984 All Valley tournament; each piece has an 80s feel and texture, combined with updated styles and imagery that provide a contemporary feel. Available at www.contendersclothing.com.

This September, Ripple Junction will introduce a Cobra Kai x Naruto apparel collection, including dojo-themed long and short sleeve tees, sweatshirts, and hoodies. Product will be available for purchase on RippleJunction.com, Amazon.com, Rue21.com and BoxLunch.com.

Other expansions into Europe/UK include:
Bioworld International Limited continues to offer a robust collection of apparel and accessories, found within fashion retailers such as Primark to grocery stores such as Tesco. Cobra Kai was a standout performer in the recent Netflix collection with George at Asda stores and is also available at Next, Matalan, ASOS, and character.com.
In the run up to season 5, Pyramid Posters Limited will extend their popular core gifting line, including water bottles, notebooks, posters, and mugs. Sold at key retailers including HMV, TruffleShuffle.com, Amazon, and Forbidden Planet.
Now available worldwide on Zavvi.com, Cend International Limited (The Hut Group) will deliver a wide range of new Cobra Kai apparel, gifts, homewares and accessories.

This September, Groovy UK Limited is set to unveil a line of sleepwear inspired by fan-favorite characters, including robes, slippers, and accessories.