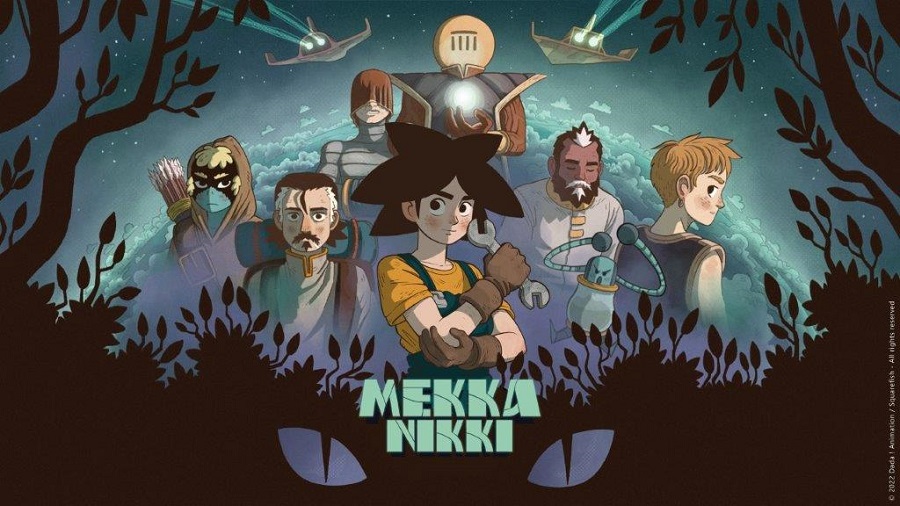 Dada! Animation, an innovative studio based in Paris that specialises in real-time animation, will exhibit four of its dynamic projects at the prestigious Cartoon Forum 2022. Mekka Nikki, the Sci-Fi series targeting kids and teenagers aged 12 plus, will be presented to European broadcasters and animation professionals during a pitch session with its co-producer, Squarefish.

Mekka Nikki is an initiatic 3D/2D animated science fiction serial comprising of ten 30-minute episodes for Season 1. This epic saga, adapted from the comic book by Belgian authors Exaheva and Félix Laurent, carries on the tradition of the great futuristic series while exploring the topics of preserving the human species, gender issues, and physical disability, amongst others. The Mekka Nikki pitch at the 2022 edition of Cartoon Forum will take place on Wednesday, 21 September, at 11:45 AM in the Purple Room.

The production company will also use one-on-one networking meeting opportunities to present the pilot episode of its edutainment series, Captain Tone-up, currently in development with Disney Television France. The program targets six to 10 years-olds and promotes the benefits of eating well and moving well. Dada! Animation will also introduce two other projects: the animated documentary, French Patisserie, which offers a gastronomic journey in partnership with Gaël Clavière, the head pastry chef at the official residence of the French Prime Minister; and the animated poetic preschool cartoon, The Nebulons, in co-development with Diabolo films.

“We look forward to presenting our portfolio of projects at Cartoon Forum 2022. These projects target all audiences, from preschoolers to families, and include contemporary and universal subjects in an enjoyable and captivating way,” says Jérôme Mouscadet, Director and Producer at Dada! Animation.

“We use real-time game engines such as Unity and Unreal Engine for rendering and compositing in the development stage as well as to test and optimize some of our projects,” adds Jean-François Ramos, Producer at Dada! Animation.