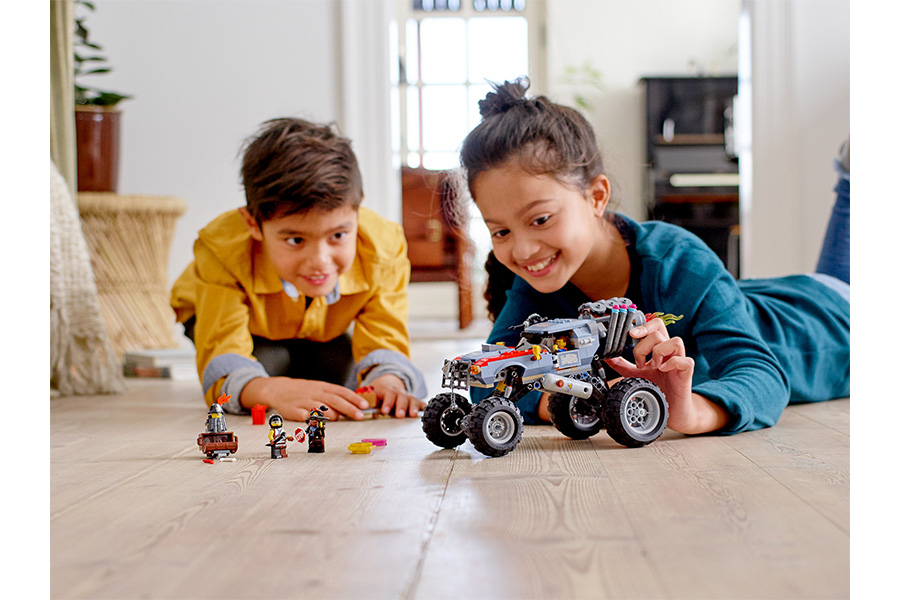 BrandTrends has shared the Top 10 Most favorite brands among EMEA Kids Ages 0 to 6 in the spring of 2022.

BrandTrends unveiled some major findings from its most recent research, and some key facts can be extracted when compared to the previous three years:

Lego, the Danish brand, increases its market dominance and puts distance between itself and its nearest rival. The performance of the brand among infants (0 to 2 years old, on both boys & girls), as well as girls 3 to 6 years old, explains this strengthening.

Despite its increase, limited, over the past three years, thanks to its streaming platform, Disney has risen steadily in the rankings – #6 in April’21, then #3 in October’21, and now #2 in April’22 -. The brand is however now even rivaled by the rapidly expanding Marvel universe brand; and the rise of Spider-Man – #6 while it was #9 in October’21 – has also benefited this. The combination of Disney & Marvel brands’ favorite score increased from 13% in April’21 to 22% in April’22.

The bulk of the top brands remain cross gender – which is expected given the young ages of the children and the fact that cross-gender differences often start around the age of three -. And thus, they establish their top positions in this way – 6 of the top 10 brands, notably Lego, Disney, Marvel, Paw Patrol, Peppa Pig, and Mickey Mouse, are also included in the Top 10 by gender.

Barbie and Frozen are so well-known among girls that they rank fourth and eighth overall in the list of brands across genders. In this top 10, Masha & The Bear, very strong among girls, isn’t far behind among boys, coming in at #12; when Spider-Man coming in at #17 among girls.

The Top 10 Most favorite Brands has remained relatively consistent for a long period, with 8 brands maintaining in the top 10 since April of 2019. And it makes little difference if these most favorite entertainment brands are new – Paw Patrol or Frozen, both from 2013 -, old – Mickey Mouse from 1928 -, or somewhere in between.

In contrast to toys – Lego and Barbie -, video content brands have the highest representation (5 brands out of the 10 categories), certainly because presence of mind is the main factor determining selection. You will note that the percentage of favorites mentions for video content overall decreases from 33 percent in April’21 to 20 percent in April’22. 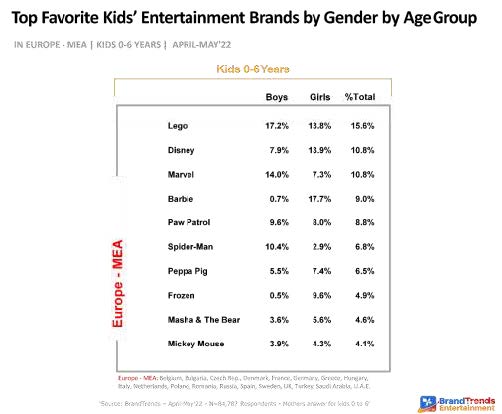 The bottom line for these top 10 most favorite entertainment brands is that they have an enormous catalog of current and ongoing content. That holds true for the toy brands as well, because content does not always come in video format.

To learn more on this survey, please visit the website www.brandtrends.com