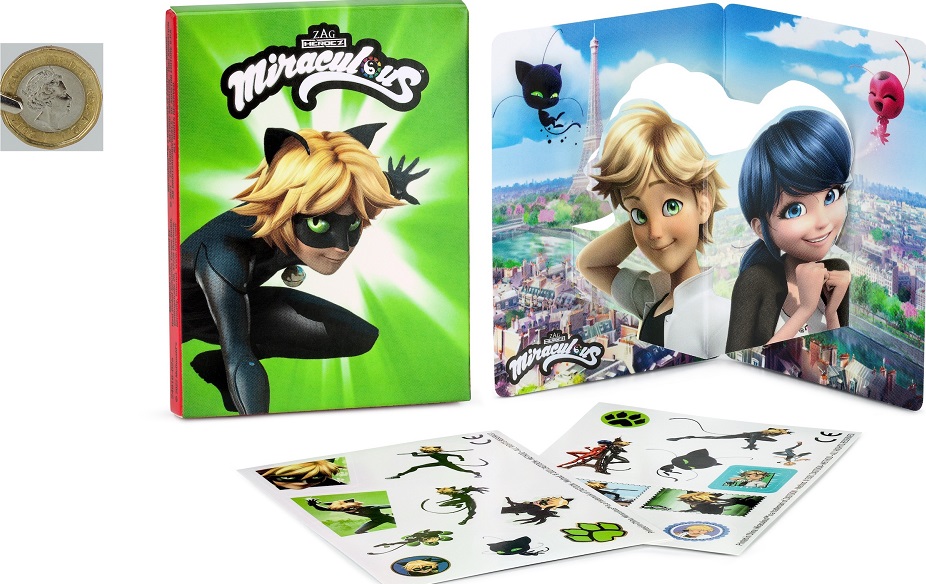 Promotion Slated to Run in over 6,000 McDonald’s Locations Across 40 Countries, featuring sustainable premiums

This summer ZAG has signed a new agreement with McDonalds for a Miraculous™ Happy Meal Program that will span 40 European countries, including Spain, Italy, Germany, and Austria, and will feature a line of sustainable premiums.

The new McDonald’s Happy Meal Program, which celebrates ZAG’s flagship property Miraculous™ – Tales of Ladybug and Cat Noir, will run across the majority of McDonalds 6,000+ restaurants across Europe from August to September, and will be promoted with a dedicated animated TV commercial, in-store point-of-sale, exclusive packaging, and a digital/social media campaign. As part of the Happy Meal line-up, there are four Miraculous activity packs that encourage kids to unleash their miraculous!

“We are fortunate to have had several successful Miraculous promotions with McDonalds, and we’re excited that this new Happy Meal promotion will feature sustainable premium items,” commented Hyde Schram, ZAG Play’s VP of Global Partnerships: Collaborations, Promotions, Experiential, who reports to Julian Zag. “This initiative fits perfectly with our sensitivity to and awareness of ecology and environmental protection, which will be reflected in ZAG’s soon-to-be established foundation, ZAG Forest. We are extremely proud that Ladybug and Cat Noir will represent this promotion with its important message of sustainability that will be delivered to millions of children across Europe.”

Recently, ZAG and ON kids & Family (Mediawan Group) agreed to collaborate with international non-profit The Breteau Foundation–which provides quality education tools to disadvantaged children worldwide–on a special episode of the Miraculous – Tales of Ladybug and Cat Noir to raise awareness about the global plastic crisis.  To be released in spring 2023, the episode, which will reach millions of Miraculous fans around the globe, seeks to inspire the next generation to be sustainable changemakers in the fight against plastic.