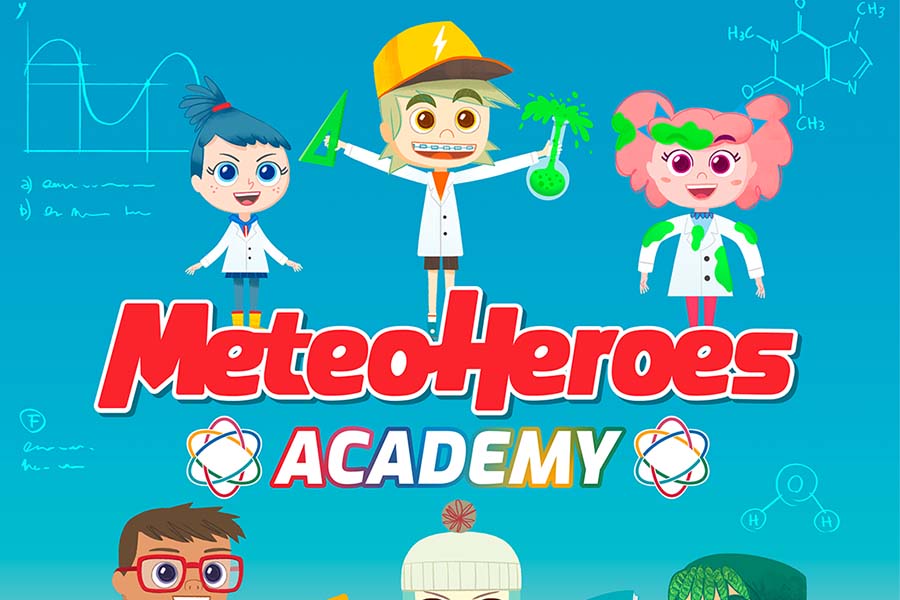 The award-winning environmentally themed hit animated kids’ show MeteoHeroes premiered in North America on the 22nd of April with an Earth Day Special on PBS as result of a new partnership involving family entertainment maverick Kenn Viselman (Teletubbies, Thomas the Tank Engine) and his itsy bitsy Entertainment Company (TibECo), along with the show’s co-producers.

Now Viselman is spearheading a MeteoHeroes-inspired climate education initiative, the largest of its kind, which will include in-school age-graded education for children 4-10 years old and onscreen education with online educational materials for children and their families and broad community outreach.

The initiative will be funded by a GoFundMe campaign for which KIDS FIRST!, a non-for-profit project of the Coalition for Quality Children’s Media, has been recruited to be the fiduciary.

The itsy bitsy Entertainment Company has already worked out agreements with producing partner, Mondo TV Studios S.A., one of the largest producers of animation in Europe, and Luigi Latini’s Meteo Experts, a global team of renowned meteorologists, as well as Adventure 2 Learning (A2L), the educational platform specially created and curated to support active learning from pre-school to early teenage years.

Between them they aim to put this climate education initiative into 30,000 schools across the US with an age-graded curriculum for kids aged 4-10 years old. This could be relevant not only to 15,000,000 students in America but millions more in the many other countries A2L already serves across the globe.

Viselman has also teamed up with California’s KVIE PBS to be the ‘presenting station’ and is working with many other PBS stations across the country for them to broadcast or stream MeteoHeroes in conjunction with an original companion series, Real Superheroes Don’t Wear Capes, to be produced with the cooperation of KIDS FIRST!

The initiative will be implementing both on-screen and online educational materials, as well as creating opportunities for the PBS stations to be active partners in the community outreach campaign by bringing their audiences in as part of this initiative. The campaign will be extended to global partners wherever possible.

And MeteoHeroes will underpin the aims of the campaign. Wherever MeteoHeroes is being watched, Viselman and his international partner, Mondo TV Studios S.A. will offer elements of this education initiative. The age-graded curriculum will be made available to any existing media partner of the series, anywhere in the world, for them to share with their audiences – and anyone else who wants to access this material on-line.

Initial funds will be used for the development of age-graded curriculum materials and other production costs. The plan is for Adventure 2 Learning to have access to distribute MeteoHeroes early in the 2022-2023 school year. The rest of the initiative will roll out as the monies become available.

The campaign has a target of 10 million dollars. All donations go to KIDS FIRST! and are tax-deductible. For every donation, Tree-Nation, a non-profit organisation that allows citizens and companies to plant trees all around the world and offset their CO2 emissions, will plant a tree.