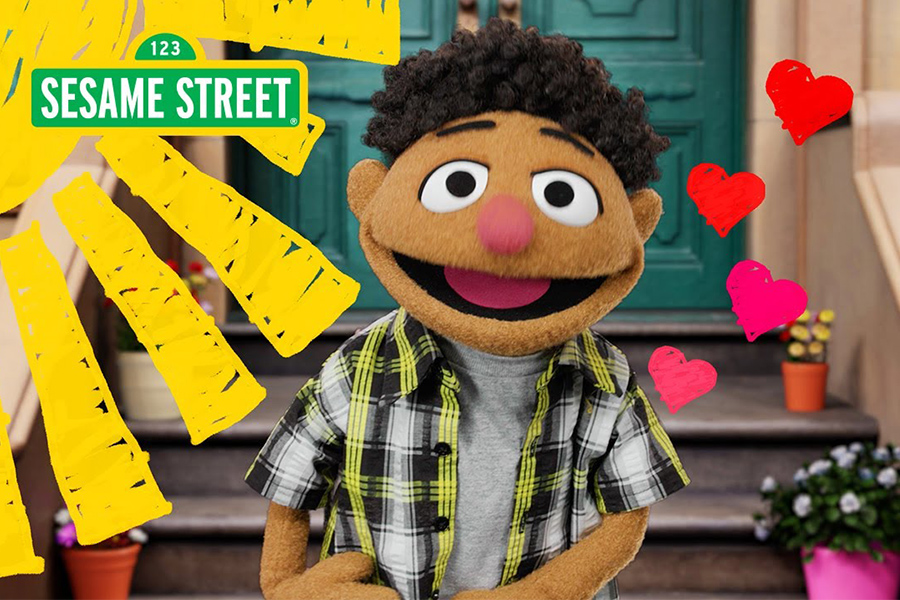 Tags from the story: Sesame Workshop, Tamir on the Street.

Sesame Workshop is building on Coming Together, an ongoing initiative to nurture children’s positive and healthy race, ethnic, and cultural identities and sense of belonging, with a new four-episode series called Tamir on the Street. Available exclusively on Sesame Street’s YouTube channel, the series stars Sesame Street character eight-year-old Tamir as he creates his very own YouTube-style show where he learns more about the friends and neighbors in his community by asking big questions.

In the first episode, when Tamir asks, “What does it mean to believe in yourself?” his Sesame Street friends Cookie Monster, Ji-Young, and Charlie show him the many different ways to build confidence and self-assurance, from practicing a challenging skill to expressing yourself in your own unique manner.

Future episodes, released monthly, will explore other child-centered questions from “What are our friends’ family traditions?” to “How can we be a good friend?” These topics are part of the Coming Together education framework addressing self-worth, social awareness and empathy, and family traditions and history.

“Children are naturally curious about one another and how they are the same and different from each other. They ask a lot of questions,” said Akimi Gibson, VP and Education Publisher, Sesame Workshop. “Tamir on the Street models the power of asking and following your own questions, and helps parents guide their child to be smarter, stronger, and kinder. Coming Together provides parents with insights to the tough questions children may have about race, ethnicity, and culture.”

Tamir on the Street is produced in partnership with Warner Bros. Discovery as is the “Word of the Day” series where the Muppets of Sesame Street and celebrity friends learn about words like “Belonging,” “Fairness,” and “Diversity.”  Six original animated songs are also being released through November, covering topics like compassion, nurturing/healing, and positive aspirations. The first, “Let’s All Be Friends,” is now available on Sesame Street’s YouTube channel. Other new short-form Coming Together content includes a collaboration with HiHo Kids for their fan-favorite series, Kids Meet. The videos feature Sesame Street’s Elmo, Abby Cadabby, and Ji-Young with real children as they meet a dancer and a basketball player and get to know them by asking open and honest questions.