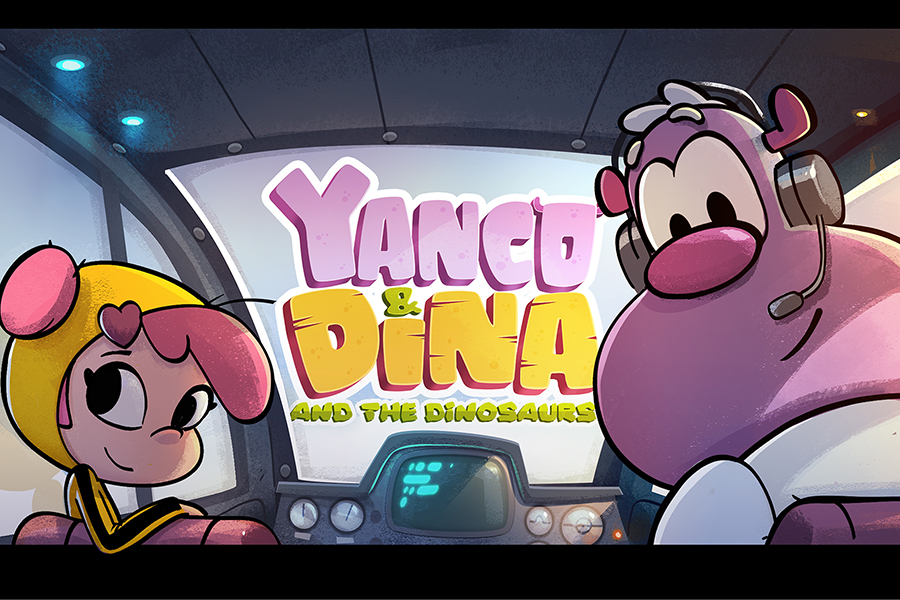 ZINKIA UNVEILS ITS NEW PRODUCTION, “YANCO, DINA AND THE DINOSAURS”, AT KIDSCREEN

Tags from the story: “Yanco, Dina and the Dinosaurs”, Kidscreen, RTVE, Zinkia.

The project’s creative team has over 20 years’ expertise in the animation industry, working on titles such as “Pocoyo” and “Cleo y Cuquin”

Spanish producer Zinkia unveil its new production, “Yanco, Dina and the Dinosaurs” at Kidscreen, the main gathering of the kids entertainment industry which take place now in Miami (USA). This will be the company’s first original project in 15 years and will target audiences aged 6-8 through a combination of comedy and action. The property will comprise an animation series for TV and specific content for YouTube and handheld devices.

“Yanco, Dina and the Dinosaurs” brings a fun spin to traditional pirate stories, replacing treasure with dinosaur eggs. The protagonists, Yanco, an actor yeti with a penchant for stand-up comedy, and a young girl named Dina, who holds a deep secret, will face the evil Cuddy, a brilliant and charismatic millionaire obsessed with dinosaurs. Together, they will travel to a new corner of the world in each episode to retrieve dinosaur eggs and take them to a safe place before they hatch and become a problem for humans… or rather, the other way around.

The creative team behind “Yanco, Dina and the Dinosaurs” have over 20 years of expertise in the animation industry, after working in series like “Pocoyo”, “Cleo y Cuquin,” “Jelly Jamm,” “Bugsted,” “Shuriken School” and “PINY Pinypon Institute.”

‘“Yanco, Dina y los Dinosaurios” seeks to bring a new look to the extensive and popular theme of dinosaurs,’ explains Victor M. Lopez, General Manager of Zinkia. ‘The dinosaur cubs born from the colourful eggs retrieved by young Dina and Yanco, a yeti who loves omelettes, will star in a series that will unfold through digital and interactive content.’

A launch backed by RTVE

The launch of “Yanco, Dina and the Dinosaurs” at Kidscreen is preceded by its backing by RTVE, through its 2022 tender for animation series; the Spanish public television corporation has opted to broadcast the series through its kids channel, Clan.

The tender, which sought attractive formats aimed at children aged 0 to 14, received 26 proposals, and focused on those with charismatic characters, highlighting emotions, and featuring innocent and simple humour for the youngest kids, as well as references to popular culture for the older ones. Other values that were also taken into account include critical thinking, equality, respect, healthy habits and the environment.