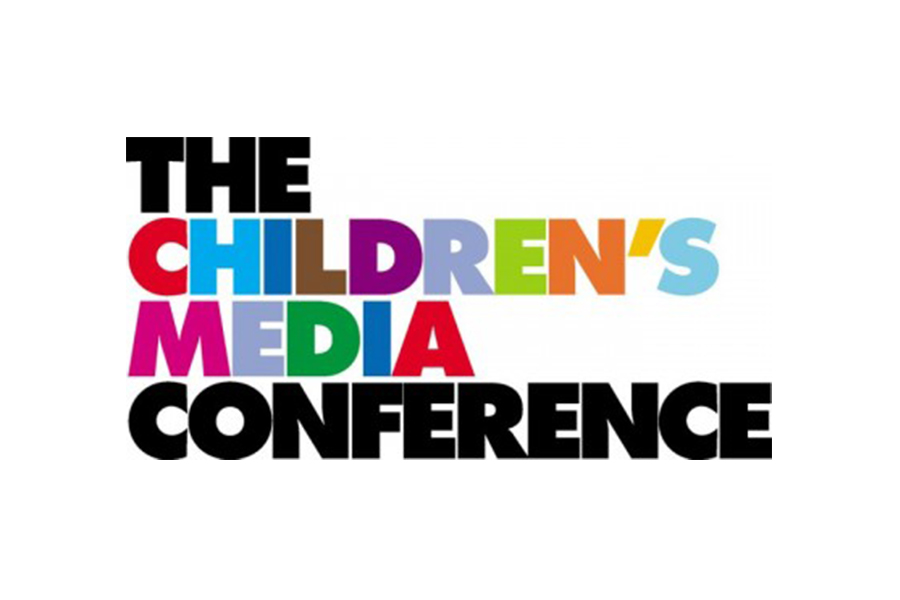 THE AMAZING IN-PERSON RETURN OF THE CHILDREN’S MEDIA CONFERENCE

For the first time since 2019, the Children’s Media Conference is back live in Sheffield, from 5 to 7 July! An unmissable appointment for those who work in the Kids sector in the UK, but also for every professional who wants to find food for thought and news on everything related to children’s productions 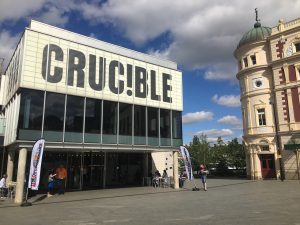 The Children’s Media Conference (CMC) is an event famous in the UK for its intense program of conferences, keynotes, and workshops dedicated to children’s productions, including animation and publishing. 750 delegates attended the headquarters of the Crucible Theatre in Sheffield from 5 to 7 July, while another 250 followed the event online. Licensing Magazine has been a media partner of the event for several years now and could not miss this new live appointment.

There was much expectation for the opening keynote with Ben McOwen Wilson, Managing Director Youtube UK & Ireland. Ben spoke of company’s renewed commitment to sustainability, and to guaranteeing children’s online safety, for example by rewarding the best content producers with payments. According to him, there is no real difference now between linear and streaming, because young people are interested in content. The keynote was introduced by the little star of Britain’s Got Talent Aneeshwar Kunchala, who explained how animals and nature are a source of inspiration, and how it is now essential to put the environment at the center of children’s programs, especially producing more documentaries.

Another highly anticipated event was the keynote dedicated to creativity, with the new Waterstones Children’s Laureate, Joseph Coelho, who involved the public in a writing exercise to compose a poem. 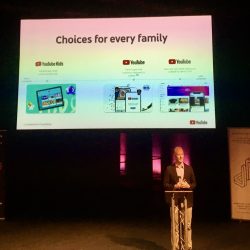 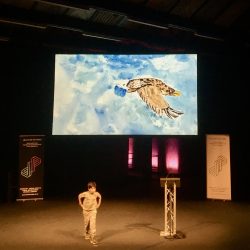 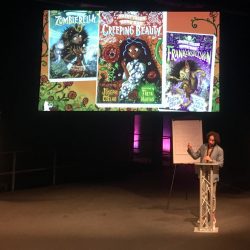 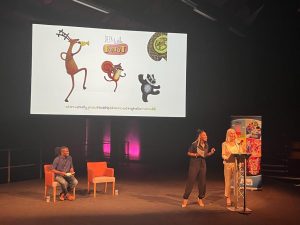 In the Put you Money where your mouth is pitching contest, new animated series projects were presented. The theme of sustainability and the relationship with nature returned with Deer Little Forest, the preschool show that won the jury’s prize. Embers the Dragon aims to help the little ones to deal with their emotions and was the most voted by the public.

In the Animation Assemble! panel, producers and industry experts (Gutsy Animations, Blue Zoo, Sky …) have expressed the necessity to build their team in an inclusive way. The cartoon Adam Loves Adventure was cited as a case study, born from the desire of little Adam King, who is in a wheelchair, to travel in space. To make it happen, the Kavaleer studio collaborated with disabled people, opening up to new perspectives. The Secret Story Draw team also talked about their initiatives in favor of underrepresented people in the sector. 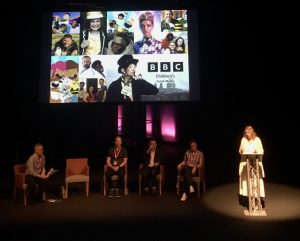 In Commissioner Conversations (Preschool, 6-12, Teens), executives from major broadcasters and production houses explained what they are looking for in upcoming TV shows in the UK market. A few examples: BBC needs projects that work in the digital world, Nickelodeon welcomes bold ideas with a great focus on characters, Sky wants to find particular and warm family stories, and CITV accepts proposals projected internationally. Concerning the teens, the goal is to create collaborations with talented creators.

Other meetings dealt with current issues, such as the presence of multi-platform books in the Metaverse, or topics relating to the author’s profession, such as the importance of mentoring.

CMC is famous for its friendly atmosphere, also thanks to its social gatherings: First Timers reception, dedicated to newcomers, The CMC Drinks Reception, and the CMC party, to continue networking, and relaxing.

The next live edition of CMC awaits all interested in 2023! In the meantime, it is possible to see the Sheffield live 2022 sessions and a rich video library of contents online until September 30th. For more information: https://www.thechildrensmediaconference.com/