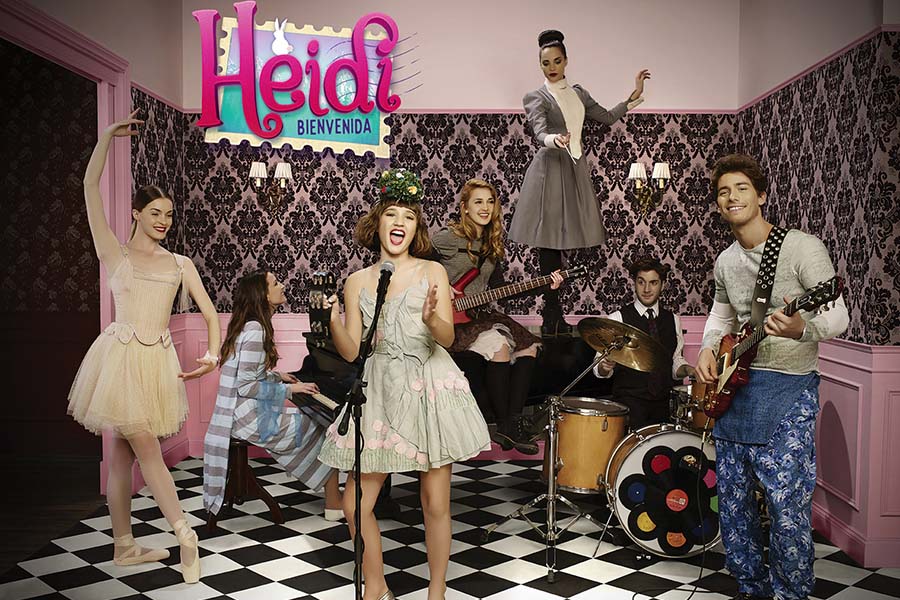 Mondo TV Studios, part of the Mondo TV Group, one of the largest European producers and distributors of animated content, has announced a major deal with BandPlay, the streaming platform of the Brazilian TV channel Bandeirantes.

Under the terms of the deal, the first series of Mondo TV’s hit live-action comedy-drama for teens Heidi Bienvenida – called Heidi, Bienvenida a Casa – will be made available on the platform alongside a number of titles from the extensive Mondo TV library. The deal grants BandPlay non-exclusive AVOD rights for the territory of Brazil.

This is further confirmation of the continuing appeal of Heidi Bienvenida (60 x 45’), whose engaging mix of comedy, friendship, romance, music, fashion and fun has made it a big success in a number of territories. Written by acclaimed author Marcela Citterio and produced by Mondo TV Iberoamerica along with Alianzas Producciones, the first season of Heidi Bienvenida follows the adventures of a happy, carefree girl who leaves her beloved mountain home to live in the big city.

Heidi Bienvenida, Mondo TV’s first ever live-action show, has already enjoyed a strong audience response since its launch in territories as diverse as Latin America – where it aired on the main public TV channels of the region – Italy through RAI Gulp, Russia and Israel, among others. There have also been a number of regional and global licensing deals, including a launch on Disney Channel Spain in January 2019. A second series, Heidi Beinvenida al Show, has also been launched on a number of free-to-air and streaming services.

A number of animated TV movies from Mondo TV’s extensive programme library have also been included in the agreement with BandPlay.

Maria Bonaria Fois, CEO at Mondo TV Studios, said: “This agreement with one of Brazil’s best-known broadcasters underlines the continuing appeal of this delightful and engaging show that continues to entertain and delight millions of viewers across Latin America and many other territories. We’re delighted that Heidi, Bienvenida a Casa is coming to this major streaming service and are sure it will be a must-view for the many Heidi fans and a bit hit with new viewers.”