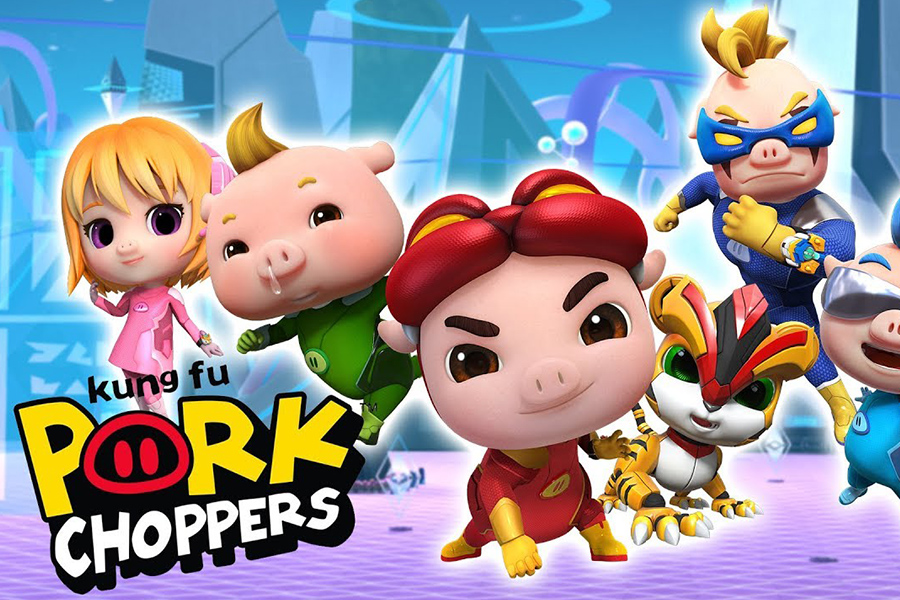 KFPC 4 SET TO PREMIERE IN CHINA

Will be launched on OTT platforms such as IQIYI, Tencent, Mango TV, Youku, and MIGU, with TV channels like KAKU and Aniworld TV

KungFu Pork Choppers season 4 will finally be available in mainland China on 5th July 2022. Pursuing the outstanding performance of the previous 3 seasons, this one will also be launched on OTT platforms such as IQIYI, Tencent, Mango TV, Youku, and MIGU, with TV channels like KAKU and Aniworld TV broadcasting it alongside.

Since the debut of the series in 2021, the rolled-out seasons have been embraced by 120+ TV stations at or above the provincial level including China Central Television and IPTV platforms, racking up 1 billion views in total. The fourth season will hopefully peak at another number.

KungFu Pork Choppers 4 leads audiences to the next stage of proceeding adventure where our little heroes encounter tougher villains with more powerful weapons than they used to, embarking on more complicated missions to help locals and in the end, save the day! Moreover, to expand the overseas markets, the international version of KFPC is expected to
come on stage at the end of 2022!