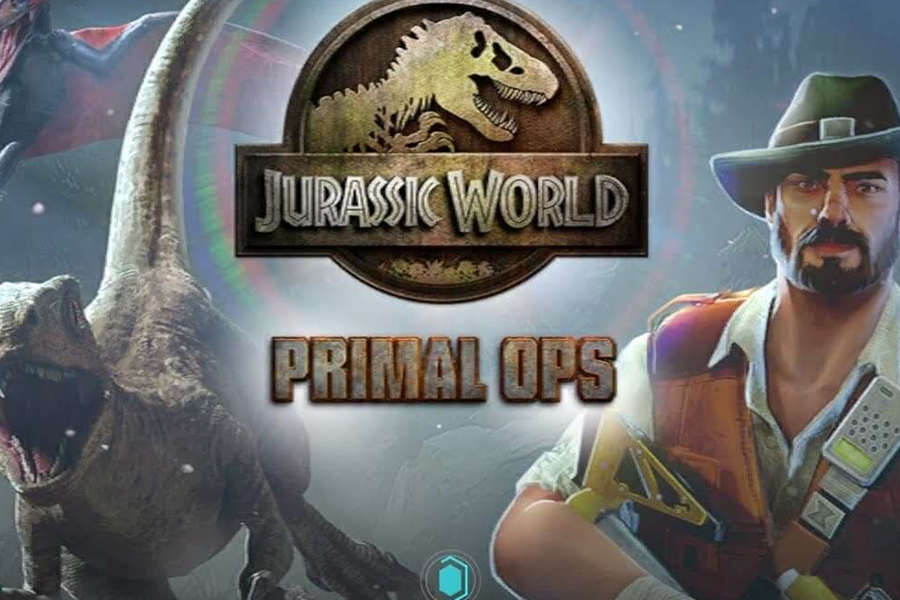 A new adventure begins for Jurassic World fans as the time has come for them to embark on a quest to rescue, collect and fight alongside their favorite dinosaurs in Jurassic World Primal Ops. Available on the App Store and Google Play, the new free-to-play mobile action-adventure game entrusts players with an assignment only they can fulfill: to save dinosaurs from their enemies and create a balanced coexistence with humans. With a deep dinosaur collection and upgrade system and incredible action-packed missions, Jurassic World Primal Ops is a thrilling top-down mobile game that new and long-time fans will not want to miss.

In Jurassic World Primal Ops, players travel across North America, rescuing dinosaurs from mercenaries and poachers whose greedy agenda could lead the ancient reptiles to another extinction. Playing as battle-trained dinosaur handlers, fans use their expertise and combat skills to accomplish their goals. The team is composed of Adriana Santos, the Eco Technician; Brodie Booker, the Paleo Veterinarian; and Mike Riley, the Game Warden. As members of this rescue squad, players infiltrate enemy camps, gain intel and rescue wild, captured or wounded dinosaurs from villainous factions. With their help, the dinosaurs can safely find their place in a primal world and thrive in this exciting new stage of history.

With its deep dinosaur collection system, Jurassic World Primal Ops offers a huge variety of gameplay possibilities. Once freed, the newly rescued dinosaurs can be called on by players to fight by their side, bringing new dynamics to the battlefield and filling the game with intense action. Among the dinosaurs that fans can add to their roster are the Pteranodon, the Stegosaurus, the Triceratops, the Velociraptor, and, of course, the almighty T. rex. Using their unique abilities, these companions can overcome assorted challenges and turn the tide in any mission. Additionally, players can also look for dinosaur eggs and DNA strands throughout their journey, which can be collected and used to level up and strengthen the dinosaurs, furthering their bond and unlocking new abilities.

“Jurassic World Primal Ops offers a unique mobile experience. Throughout their progression in the game, players will feel the intensity ramp up as they collect more dinosaurs and the action unfolds,” said Jason Millena, Senior Creative Director, Behaviour Interactive. “Whether fans are seeking the thrill of the battle or the excitement of the search, there’s definitely something there that everyone can sink their teeth into.”

Jurassic World Primal Ops is available on iOS App Store and on Android Google Play. The game is free to download and offers in-app purchases. The latest film in the Jurassic World franchise – Jurassic World Dominion – from Universal Pictures and Amblin Entertainment, is in theatres now.