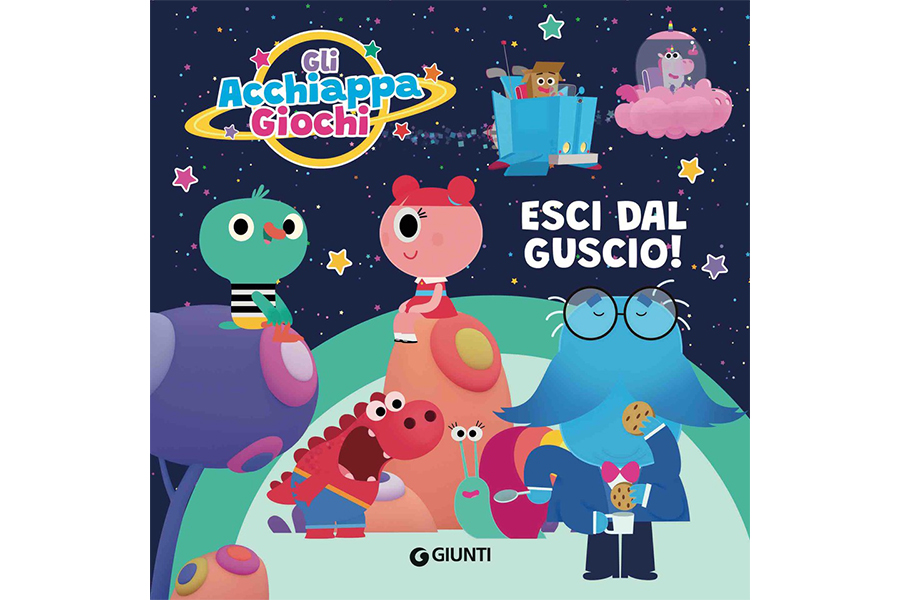 The adventures of the little game-collecting aliens from 29 June at newsstands, bookshops, large-scale retail trade and digital stores

From 29 June, the little fans of the pre-school TV series The Game Catchers, broadcast daily on Rai Yoyo, will finally be able to relive off-screen the adventures of the five cute alien game collectors.

From the end of the month, in fact, books and activity books produced by Giunti Editore, the absolute leader in the segment of children’s and early childhood publishing and official licensee of the publishing products of the series produced by Studio Bozzetto (Italy) and Sphere Animation (Canada), in collaboration with RAI Kids and ICI Radio-Canada Télé, will be distributed through bookshops, GDO, stationery stores, newsagents and digital stores.