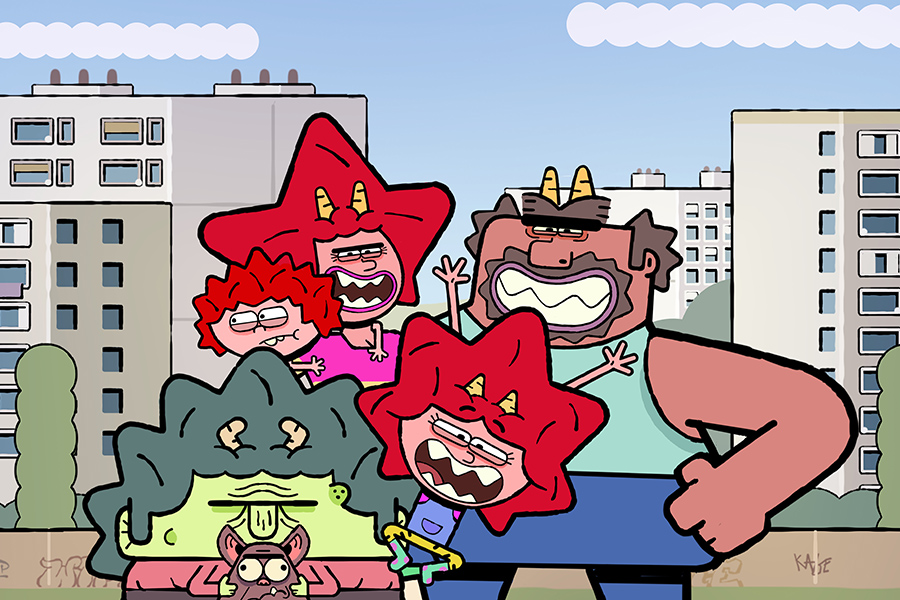 Tags from the story: Canal+, Kids First, RAI, The Crunchers.

Paris-based children’s entertainment content distribution company Kids First has picked up the global rights to series, which will air on Canal+ in France and Poland, and on RAI Gulp and RAI Play in Italy in Fall 2023.

The Crunchers is created by Cédric Stephan and Aurélien Bouillon and developed by French studio Je Suis Bien Content. Currently in production, it is being co-produced by Torino-based studio Animato, which presold the series to RAI, and by Bulgarian studio Zmei, which presold the show to its national public broadcaster BNT.

“After the incredible success of our series Boy Girl Dog Cat Mouse Cheese, we are thrilled to distribute a new family comedy with fish out of water characters and filled with slapstick comedy,” said Marie Lassal, Head of Sales at Kids First.

Supported by the CNC and MIBAC (Italian Ministry of Culture), as well as Europe Creative Media, The Crunchers tells the story of a family of Trolls who are forced to leave their home in the countryside and move to the big city, where they must adapt to human society while staying under cover.