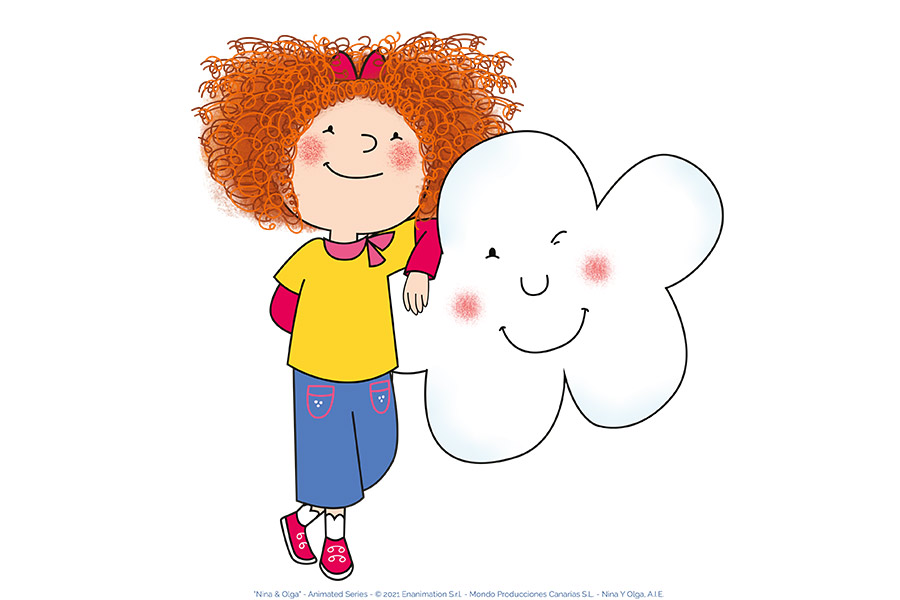 NINA & OLGA: ENANIMATION, LINA FOTI AND HER KREIWORKS TOGETHER FOR THE SECOND SEASON, COMING IN 2023

The second series of Nina & Olga is born from the synergy between the creative team of Enanimation and the co-production partner Lina Foti, with the Australian company Kreiworks. Lina Foti is an award-winning author, in particular as the screenwriter of the famous series Pocoyo (Australian Writer’s Guild Award for Best Animation Script, 2021) and is executive producer of the Oscar-winning company US Lion Forge for the short film Hair Love (production in which Lina was executive). Nina & Olga will therefore be an Italian-Australian co-production (52×7’), delivered to Rai at the end of 2023.

For the second series of Nina & Olga, Enanimation will curate internally the production with its creative team and the precious collaboration with Nicoletta Costa, the illustrator who gave life to the now-iconic character of Olga the Cloud, from whose series of books take inspiration the adventures of the series. Nina is a very sweet 6-year-old girl who has a white cloud named Olga as a friend. Nina has many other friends such as the little bird Ugo (who always wears ankle boots), the Sun, the Moon, the Stars, and Olga’s Grigione aunts. All her friends talk to her and help her solve the thousand little daily problems, or, at times, some minor melancholy or anger, but only she and her friend Teo can hear them. Olga, the Cloud, is very polite and, before making the rain … asks permission. Almost always, Olga’s rain is the fundamental help that Nina and her friend Teo really need at that moment to overcome a difficulty or to make a normal day a “fantastic” day.

The first series of Nina & Olga aired on Rai Yoyo starting from September 2021, achieving excellent share results, and is still aired on Rai Yoyo and also available on Raiplay. New contents are coming out now on Rai Yoyo: the spin-off of Nina & Olga, the Volamusiche, animated music videos accompanied by a musical workshop curated by Laura Carusino, a well-known face of L’Albero Azzurro. The music was created ad hoc by Mammeinsol, a Turin association that deals with music therapy for children.