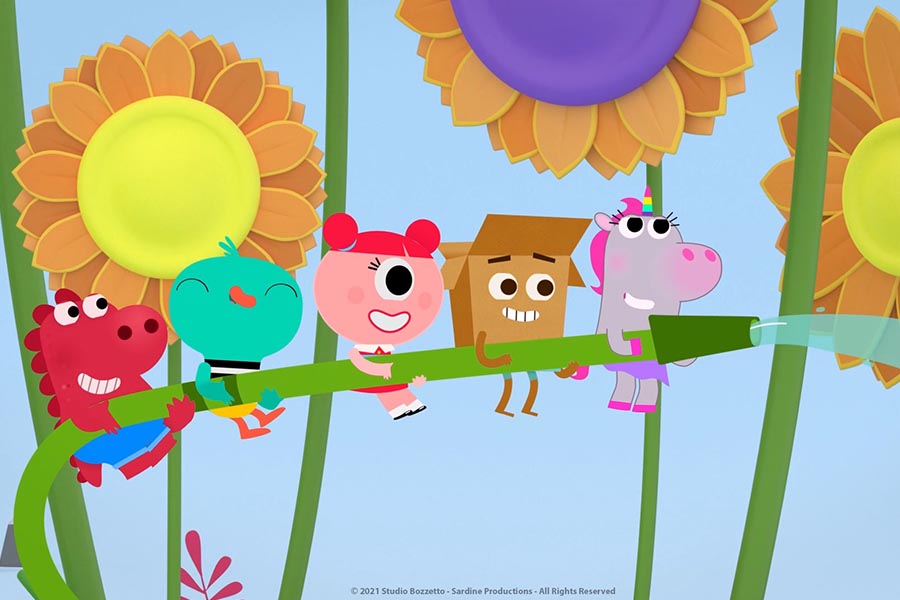 Old-fashioned games win over the parents of Italy

“The Game Catchers” fascinates and convinces not only young TV viewers but also the parents of Italy. On the afternoon of Monday 20 June, the Italian Parents Movement (Moige) presented the 15th edition of the Critical Guide to family-friendly TV and web programmes, as part of the annual event “Un anno di Zapping e di Streaming 2021-2022” and awarded the “Moige Prize” to Studio Bozzetto for the series The Game Catchers

The media guide, drawn up by Moige’s Media Observatory, which analysed more than 300 products from a family-friendly point of view, reports the best and worst web, social and TV (traditional and on-demand) report cards of the last season and The Game Catchers, a TV series dedicated to the rediscovery of backyard games, signed by Studio Bozzetto (Topo Tip, Carolina&Topo Tip Baby Dance and Raccontastorie) and co-produced with Sphere Animation and Rai Kids and Ici Radio Canada Telè, passed the year with flying colours.