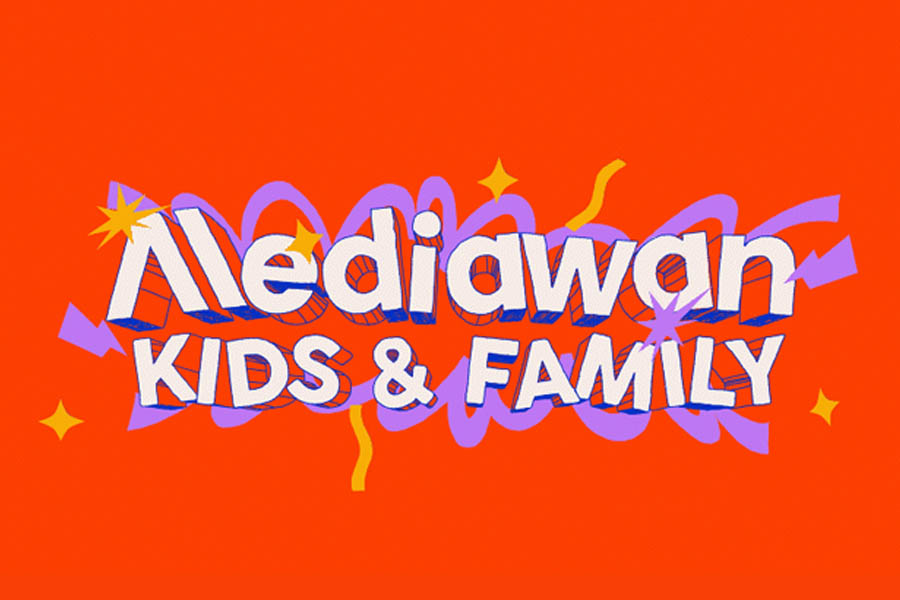 Tags from the story: "Mediawan kids & family", The Mediawan Group.

Mediawan, leader of the audiovisual market in Europe, announces the creation of “Mediawan kids & family”, bringing together all its kids and family activities and expanding to accelerate its growth in France and internationally

The Mediawan Group launches “Mediawan kids & family” at the Annecy Festival 2022 and is establishing its development strategy to boost its activities and become the undisputed leader in the production and distribution of kids & family content worldwide.

The development of Mediawan kids & family draws on the renown and know-how of powerful labels such as Method Animation, the European leader in animation for 25 years and producer of television series Miraculous – Tales of Ladybug and Cat Noir (co-produced with ZAG) and Robin Hood – Mischief in Sherwood that attract record audiences worldwide, and ON Classics producer of the animated film The Little Prince, which received the César® Award for Best Animated Film in 2016 with 50 million box-office ticket sales worldwide, and Little Nicolas – Happy as can be presented at a special screening at the 75th Cannes Film Festival and in official competition at the Annecy International Animation Film Festival 2022.

Mediawan kids & family, the home of the best talent in animation worldwide, recruits and retains French and foreign artists to welcome them and create new labels based on the model of Joann Sfar’s Magical Society created in 2018, a studio dedicated to the development and production of series and films from the creative world of the successful author Joann Sfar, and joins forces with the greatest artists such as recently the inimitable Sylvain Chomet, four-time Academy Award® nominee and BAFTA® winner, who directed for ON Classics The Magnificent life of Marcel Pagnol, an animated feature film about the life of the author, the pioneer of talking movies. The project has already been acquired by Sony Pictures Classics for multiple territories.

The division is also branching out into different genres with new studios of which the first being Elliott, a label specializing in live action for tweens, and Somewhere Animation, a label dedicated to 2D animation for preschoolers and kids.

At Method Animation, the strategic development of adult animation is also underway to meet the demands of a rapidly growing market.

Additionally, the acquisition of new companies in France and abroad will help satisfy the demand of different market players for content diversification, as well as consolidate the global leadership of the group.

Mediawan kids & family also hosts the distribution of all the kids & family content of the Mediawan group and manages itself a strong catalog of 2500 half-hour programs produced by the group (Miraculous sold in over 200 countries, Robin Hood- Mischief in Sherwood and The enchanted village of Pinocchio broadcast in over 150 countries) and third-party acquisitions (Idefix and the indomitables and BarnKidz, in the official selection at Annecy Festival). Consumer Products completes the global management of the group’s IPs, from production to marketing.

“I am delighted with this new chapter that is opening for the group. This is a logical development since our integration into the Mediawan group in 2018. The arrival of Julien Borde has also allowed us to accelerate this transition. The creation of this new division will allow Mediawan to continue its growth internationally and in France and thus expand its know-how in all the different forms of creation for children and the family and to meet the new challenges of a sector in full expansion and transformation”, declares Aton Soumache, President and Founder.

“Mediawan is proud to accompany the company founded by Aton Soumache into a new stage of its development and see the animation branch reach its full potential. This evolution which gathers all Animation activities (Production labels, distribution) under the banner “Mediawan Kids & Family”, reflects the Group’s strategy: by recruiting the best talent, diversifying its activities, and concentrating all the value chain in France and internationally, Mediawan continues to assert its leadership in the European audiovisual market“, adds Pierre-Antoine Capton, CEO and Co-founder of Mediawan.

“With the creation of Mediawan Kids & Family, our ambition is to target all genres of kids and family content. We offer our partners and viewers worldwide wonderful worlds and new heroes imagined by the best European and international talent. With Method Animation, the group has already positioned itself as a leader on the European animation market. By grouping the expertise of the Mediawan group in kids content and creating specialist labels, Mediawan kids & family will help us better serve the needs of our partner broadcasters and platforms and create increasingly unique offers for viewers”, adds Julien Borde, EVP Managing Director and Chief Content Officer.