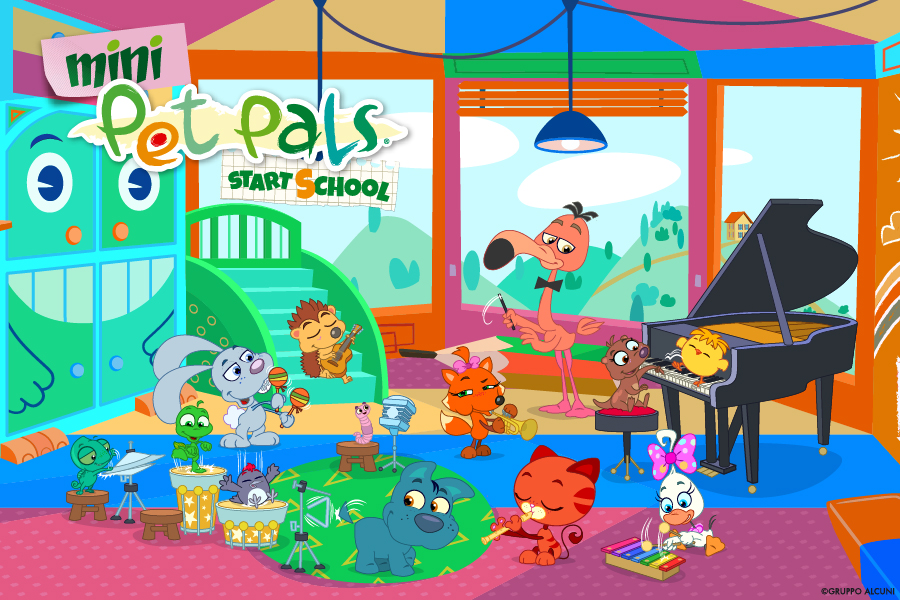 GRUPPO ALCUNI, THE ENERGY FROM BEING BACK IN ATTENDANCE

Tags from the story: Gruppo Alcuni.

LM interviewed Francesco Manfio, General Manager and co-founder (with Sergio Manfio) of Gruppo Alcuni, to find out more about the company’s upcoming news and objectives 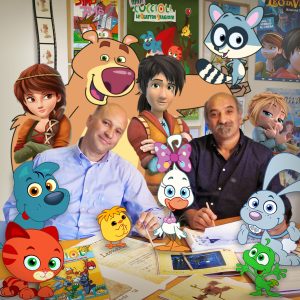 Trade shows are finally back in attendance, what are Gruppo Alcuni’s expectations?

For our company, it is very important to be able to resume participation at trade fairs, so we were really happy to have been back in Cannes for MipTV and to confirm our presence at upcoming events like Mifa, Kidscreen, Mipcom, etc. Of course, expectations are high as we have many new TV series that we can’t wait to share with buyers.

What are the main objectives of your participation?

We have four goals. The first is the launch of the TV series that we have just completed or are in the process of completing. The second is to pitch the new ideas we are working on for which we are seeking partners (independent producers, broadcasters, platforms, etc.). The third is to finalize some co-productions we have been discussing “online” with our partners. The fourth, perhaps the most important, is to meet with the many friends we haven’t seen for much too long.

Has the time come to unveil the new Gruppo Alcuni series?

Of course! I am pleased to start with “Vlady & Mirò”, a co-production with RAI Ragazzi, supported by the Veneto Region’s POR FESR 2014/2020 funding programme. This is a series we are very fond of because it represents a challenge that we wanted to take on, given that there is very little non-verbal comedy in the industry.

The storyline is deliberately simple: in a cave, a bear and a raccoon prepare for a long hibernation. As soon as the bear falls asleep, he begins to snore and throughout the winter (and all 26 episodes) the raccoon has to invent a thousand ways – crazy, brilliant, unlikely, dangerous and stupid … but all funny – to make it stop.

Our readers are curious to know if there is any news regarding one of your very successful series: Mini Pet Pals.

After 156 episodes, 14 specials and a feature film for the cinema with our co-production partner RAI Ragazzi, we asked ourselves where we could take the adventures of our extraordinary pets next. There was no doubt, the most natural thing in the world was for the Mini Pet Pals to go to school!

So the new series: “Mini Pet Pals – Start School” (52 x 6′) sees Diva, Pio, Top Hat, Moby, Holly, and Nameless grappling with their first school adventures. It is a truly unique school where play is used as a tool to learn about oneself and the surrounding world.

Knowledge is gained through the experience of doing: acting, playing in a group, visiting cities and museums, cultivating a vegetable garden, playing with math, and much more.

Which other new characters will enhance the world of Mini Pet Pals?

The school is the ideal place to meet lots of new friends such as Curly the Hedgehog, Jasmine the Otter, Coco the Fox, Nicky the Woodpecker, Dazzle the Chameleon and Freddy the Earthworm, just to name a few.  Along with some great teachers like Laura the Lynx, Otis the Owl, Sebastiano the Flamingo, Celeste the Stork and Ester the Turtle.

And in these brand new and exciting adventures, the Mini Pet Pals are also accompanied by Methuselah the Tree, always available to lend a hand to find a solution to their problems. 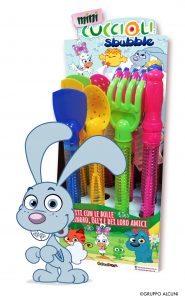 LM is a magazine that focuses mainly on licensing so what are the prospects for Mini Pet Pals in this sector?

Although created only few years ago (in 2016), the Mini Pet Pals are already perceived as a classic cartoon (partly because they are the prequel to “Pet Pals,” another great success of ours), therefore the brand is performing excellently. Easter went very well and we anticipate the same for summer, with beach games and much more.

In terms of the connection between our different brands and our very young fans, “The Talking Tree Park” plays an important role as the ideal place to meet both the Mini Pet Pals and Leo da Vinci, and experience many extraordinary adventures with them. The park’s YouTube channel is also an interesting vehicle for participation in the magical world of Gli Alcuni. 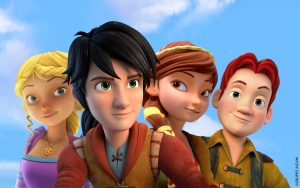 We could not miss asking about Leo da Vinci that you just mentioned. We know that you are preparing the second series: what is the latest news?

Thanks to the success of the first series distributed in 36 countries around the world, “Leo da Vinci 2” (52 x 13 ‘) is already in production.

The second series is very different from the previous one in the sense that, while the first 52 episodes were completely set in Florence, the new ones will take Leo, Lisa, Bianca and Lollo on a long journey across Europe in search of the King of Seilan’s ruby. It is a priceless stone described in “The Travels of Marco Polo.” In addition to our heroes, the ruby is also of interest to a handful of unscrupulous merchants.

The co-production team for the new adventures about the Tuscan genius has been confirmed: in addition to Gruppo Alcuni, it includes RAI Ragazzi, Hessischer Rundfunk, ARD and Cosmos Maya.

And what about new series?

We have several series in pre-production such as “Gateway 66” (26 x 6′), created in collaboration with Muse (the science museum of Trento) and with the Trentino Film Commission. “Gateway 66” is a hybrid series that combines live-action and animation. It talks to a wide audience, including young people, about science in an adventurous and fun way. Anna and Gabriele, the protagonists of the series, make an extraordinary journey into a “space-time tunnel” in search of a scientist who is lost in another dimension.

With Rai Ragazzi we are also working on further development of the Mini Pet Pals brand with the creation of the “Mini Pet Pals & Mini Dinos” series where our young heroes enter a new world populated by hilarious Mini Dinosaurs. We are confident that these new characters will provide an endless source of inspiration for our licensee friends.

Before saying goodbye, what are the strategic objectives of Gruppo Alcuni?

From an ideational point of view, we are working on series for new targets, starting with pre-adolescents and adolescents, which will allow us to provide new horizons for our projects.

From a production point of view, we will continue creating entirely “Made in Italy” series as we have done with all the episodes of Mini Pet Pals, Vlady & Mirò, etc. This supports the objectives of the school for animators that we created in Trento, with the support of the Province, TFC, Green Ink Animation and the Artigianelli Institute.

Lastly, we are expanding all our teams in order to respond to the new challenges that the entertainment industry presents every day.

At this difficult time it is essential to discuss what is happening with children, so that they are not “surprised” by consuming information without a correct filter, one that is suitable and appropriate for their ability to understand. Gruppo Alcuni is doing this with the revival of the series “Cartoons for Peace”, a co-production between Gruppo Alcuni, Rai Ragazzi and UNESCO Associated Schools Project Network.

This collaboration has led to the creation of 26 short cartoons inspired by the ideas of young people from all over the world. The series provides children with a simple but clear prospect for the future that can have only one outcome: an education for solidarity, for cooperation, in a word, for PEACE!