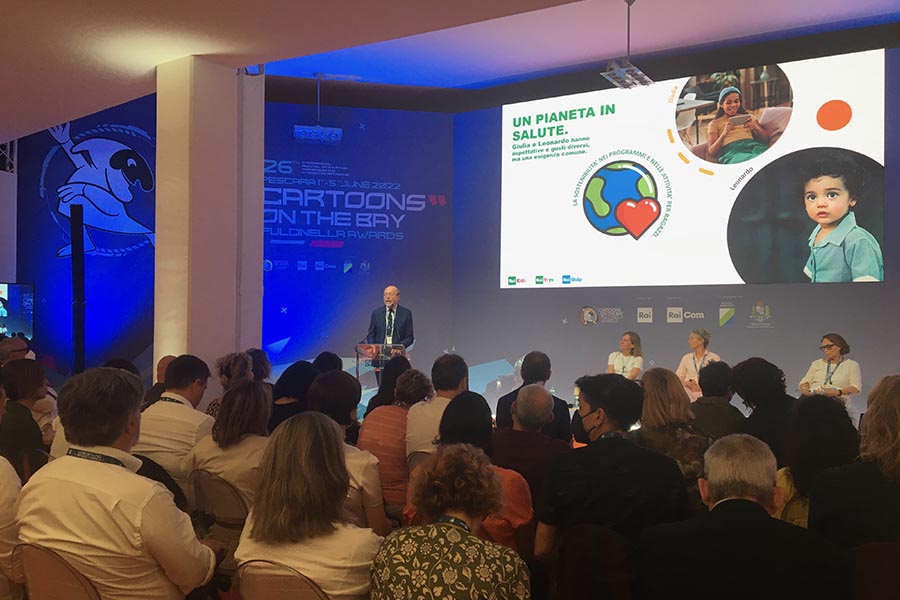 RAI KIDS, THE TITLES FOR THE NEXT TV SEASONS

Tags from the story: Cartoons on the Bay, RAI.

An abundant offer of new series and tv specials, presented at the Cartoons On The Bay festival in Pescara

Rai’s editorial offer for children was announced at the Cartoons on the Bay festival in Pescara during the conference by Luca Milano, director of Rai Kids, the deputy director Mussi Bollini, and the managers Annalisa Liberi and Annita Romanelli.

Milano declared: “The function of Rai as a public service is to guarantee children, teenagers and families an ever new selection of cartoon and series content, to promote social cohesion, friendship, solidarity, ranging from sport to food education. In the productions, first of all, we pay attention to the care of the Italian language, in all its forms, and at the same time, we provide programming spaces in the original language, with programs in which there is a mix of Italian and English within the same series. The growing commitment to promoting Italian production, for which we have the pleasure of collaborating with Italian studios and creatives on almost all of the national soil, is accompanied by the selection of the best international offers. The new management logo from Rai Ragazzi has become Rai Kids, precisely as a sign of internationalization that the Rai top management decided to give”.

There are several new Italian cartoons co-produced by Rai. 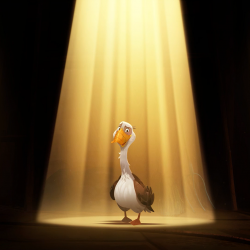 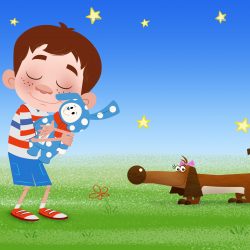 Copperbeak was born from a true story, to delicately deal with the issue of disability. On a farm in Tuscany, a goose defended a chicken coop from attack by a fox and lost its beak in the fight, risking death. Thanks to the inventiveness of a veterinarian, the goose survived: a copper prosthesis was implanted in place of the beak.

Leo’s world, suitable for all pre-school audiences, aims to stimulate the habit of certain behaviors in children with autism that are not always as obvious as for others, such as washing and dressing in the morning, or playing sports.

The award-winning Sparky & Caramela in the Paw’s MagiKingdom, which integrates sign language into animation, is now ready for its third season. 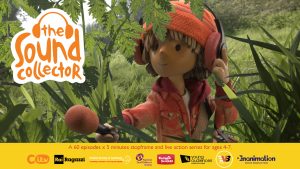 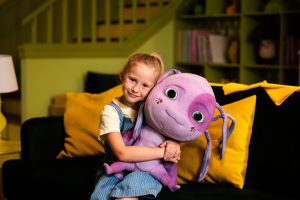 The Sound Collector series is made in stop motion mixed with live-action, in which a partially deaf kid is fascinated by sounds and spends his days collecting them in a vast collection of tapes.

Kapuf is a sitcom with an innovative 3D CGI animation technique, which features a 5-year-old girl, her family, and Kapuf, who looks like a simple stuffed animal, but is an alien. The new Hello Kitty series: Super Style! is dedicated to the kitty icon of global pop culture, for the age group 3-7 years. OGM Travel Agency is a new series set on Earth in an imaginary and distant future, to touch on the key theme of the environmental crisis, through a comedy narrative and extravagant characters.

Animation is also a suitable means for describing the beauty of the Bel Paese’s artistic, landscape, and cultural heritage, thanks to Go go around Italy, a transmedia project that will extend beyond the TV series through interactive games and Augmented Reality applications. The Three Musketeers is coming, a new 3D CGI adventure series inspired by the characters of Alexandre Dumas. Pipo, Pepa & Pop, a 2D animation series, introduces children to the world of economics in a hilarious way. Many children’s favorites series return with new episodes or spin-offs of successful titles, such as Mini Pet Pals and the Mini Dinos, in which young spectators will meet baby dinosaurs for the first time. 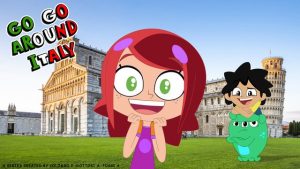 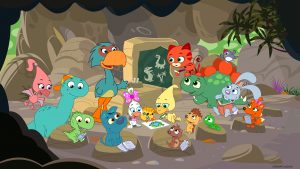 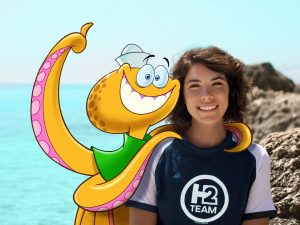 As for the specials, H2OTeam-Sea Mission, with the marine biologist Mariasole Bianco, provides several specials between animation and real-life shots on the protection of the sea, produced with Graffiti and Antoniano Bologna who will make, as tradition, also the animated video clips for the Zecchino d’Oro songs. Of upcoming programming, from the novel of the same name, In the sea there are crocodiles tells the true story of Enaiatollah Akbari, a 10-year-old boy forced to flee Afghanistan due to the persecution of the Taliban. Tufo is the true story of a Sicilian witness of justice who managed to stay in his land, Ignazio Cutrò. Other specials are in production, such as Venice, the oldest city of the future, aimed at an audience of children aged 9 to 12. 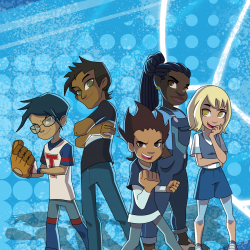 Among the upcoming cartoons, Street football, with the fourth season on air from 6 June. SuperSpikeBall, the new series created by the volleyball champion Andrea Lucchetta, will be previewed from 4 June on Rai Play and from 11 July on first TV on Rai Yoyo. Incredible!, an entertaining scientific popularization series, will also soon arrive on TV.

The live action series are POV 2, on the daily life of a group of students during their first two years of high school; Marta & Eva 2, on a competitive friendship between ice skating and music; Snow Black, the first mystery co-produced by Rai kids, about a fourteen-year-old videoblogger trapped on the web.

In production, Crush, a brand new series that addresses a delicate and current theme: the dissemination of intimate images on social media. 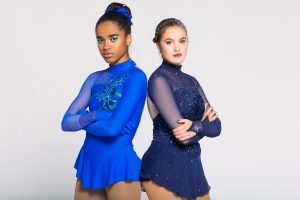 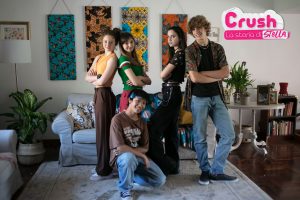