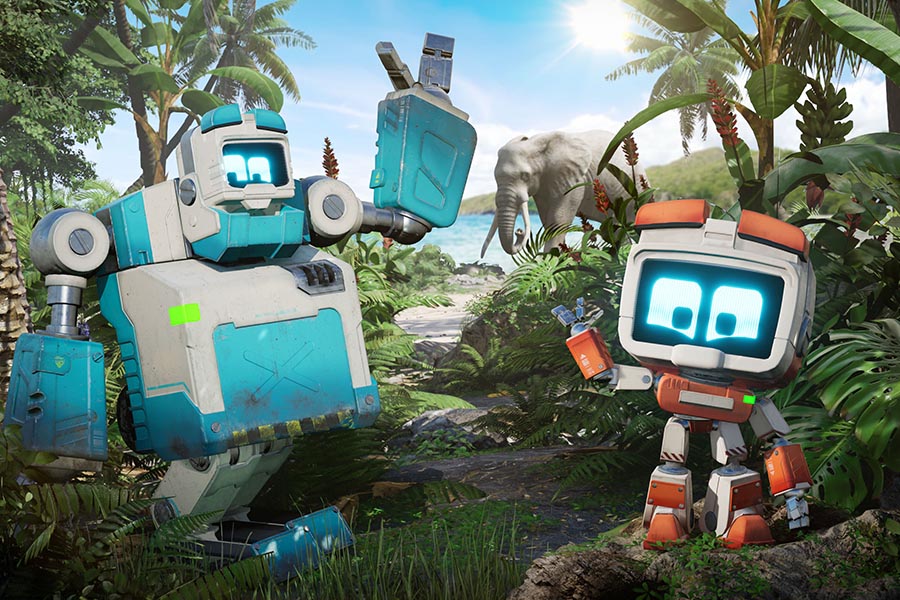 CAKE PARTNERS WITH AWARD-WINNING STUDIO INVIDA ON THE LOST BOTS

Tags from the story: CAKE, Invida, The Lost Bots.

Developed by Invida, The Lost Bots will be produced together with CAKE Productions

Developed by Invida, The Lost Bots will be produced together with CAKE Productions. The 3D animated series will be produced with a hyperreal look, powered by cutting-edge Unreal Engine Technology. 78 x 7 minute non-dialogue episodes are planned.

The Lost Bots tells the story of the comically misguided efforts of two lost alien robots – Red and Blu, who are forced to make a deserted tropical island their cast away home after crash landing on planet Earth. In contrast to their home on Planet Neon, which is only populated by machines, there is no trace of technology here and they will need to work together, in order to live, thrive and survive in this strange environment; whilst learning about nature and befriending (and sometimes running away from) all kinds of creatures along the way!

Packed with humour and heart, The Lost Bots will aim to provide a fun and entertaining co-viewing experience for all the family, whilst celebrating discovery and adventure and reminding us to appreciate nature, friendship, community and the world around us.

Ed Galton, CEO at CAKE said, “We were very impressed with the development and quality of the animation already produced by Boris and his team on The Lost Bots. We are looking forward to working together and introducing this exciting project to our partners at Annecy.”

Boris Dolenc, Creative Lead at Invida said, “The Lost Bots was developed with lots of love and passion; we are very excited to see it grow into something big in collaboration with CAKE’s wonderful team.”