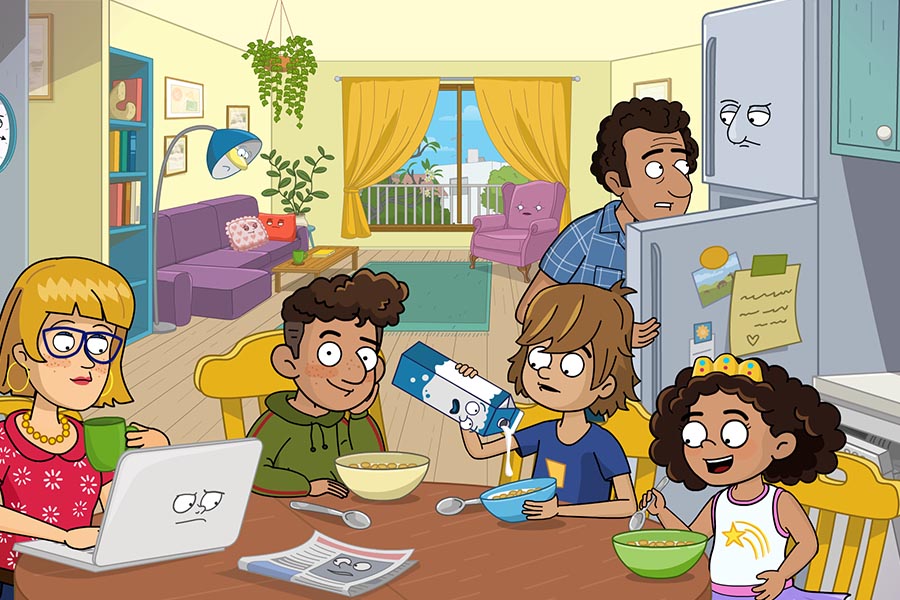 “Everyday life can be quite chaotic with a house full of talking objects that never shut up!”

Created, written and directed by Israeli animation phenomenon, Nir and Gali, who have created TV shorts, YouTube hits and TV ads which have garnered millions of views, the 52×11 minute series tells the tales of the everyday, chaotic life of a 10-year-old kid with ADD and a house full of talking objects that never shut up!

The Goode family, like all other families, are doing their best to juggle everyday life. Only in their house, there’s always someone else – or rather something else – to reckon with. Talking appliances, furniture and toys with strong opinions and desires.

Kylo, who has ADD, finds it hard enough to concentrate without every item in the house voicing their thoughts and opinions. Luckily, he has enough sense of humor and resourcefulness to navigate any wacky and unexpected situation. Like that time his tablet ran away from home following an argument over screen time. Or that day his own bed insisted that he slept on the floor when he refused to take a shower after soccer practice.