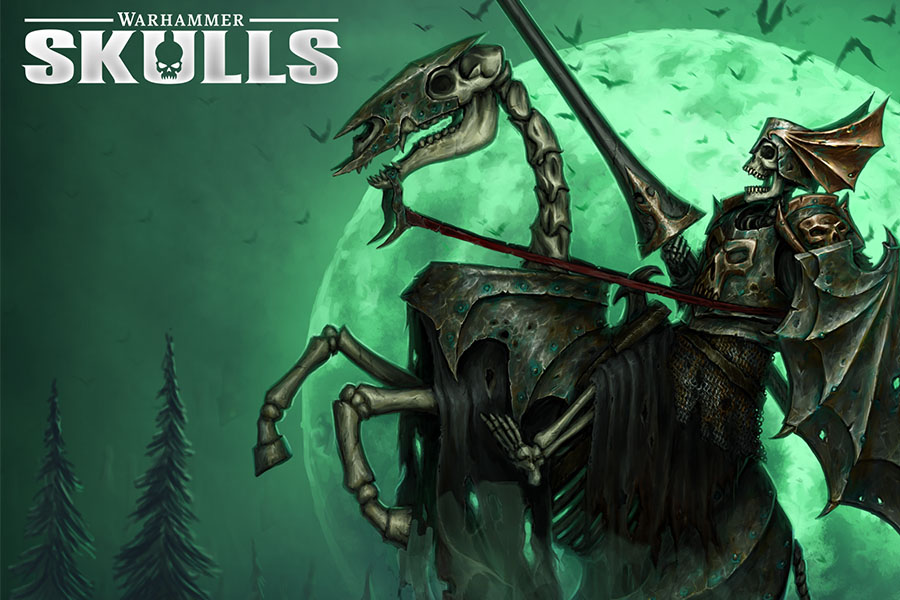 Warhammer: Chaos & Conquest, the epic massively-multiplayer real-time mobile strategy game from developer Hunted Cow and leading free-to-play games publisher Tilting Point, is celebrating three years since its global launch with powerful rewards for players, celebrations for the annual Warhammer Skulls festival, the largest video games event of the year for the global Warhammer Community, and a new update that adds fearsome undead ranks to the game for the first time. Warhammer: Chaos & Conquest players can also feast their eyes on the brutal new trailer for the anniversary that is featured on the Warhammer Skulls mobile games showcase: https://www.youtube.com/watch?v=UhUHI-98k7w

As a reward for three years of domination, players–new and veteran–will be able to participate in a number of in-game events, most notably, the God Hammer event, which adds the new, mighty Warlord Harald Hammerstorm to the overworld of the game. Players can challenge the powerful warrior with their Chaos Champion and if they are victorious, they can try to recruit him to their dark ranks. Players are also encouraged to flex their creative skills and submit anniversary celebration art that they create on the official Warhammer: Chaos & Conquest social channels for the chance to win game packs to boast their forces.

Warhammer: Chaos & Conquest is also joining the ranks of the annual Warhammer Skulls festival. Once a year all of the Warhammer universe joins together in a massive community event to celebrate all things skull related, with a week of events, prizes and special offers. Warhammer: Chaos & Conquest is offering a new challenge in the form of a new danger, the roving Black Knights. If players destroy this new scourge with their Chaos Champion, they will earn valuable rewards to craft vicious equipment.

In the spirit of Skulls, a new update has been added to the game, which brings undead forces never seen before in Chaos & Conquest, including the formidable Black Knights. While their remains are critical to forge potent new equipment, like the Obsidian Blade of the Barrow and the Skull Chalice of the Barrow, their invasion of the Old World is seen by some as a prelude for an even greater undead threat!

Warhammer: Chaos & Conquest is a strategy game that features iconic lands, characters and lore set in the hostile world of Warhammer Fantasy Battles. Players become a Chaos Lord, construct an imposing stronghold, lead a powerful horde and dominate foes as they spread Chaos across the Old World. Massively-multiplayer battles of up to 50 players can defend and support each other in PvE battles, or engage in PvP combat, to coordinate the conquest.

Warhammer: Chaos & Conquest is available to download for free on the App Store and Google Play store, as well as for PC on Steam or the Microsoft Store

For more information on Warhammer: Chaos & Conquest, players can visit http://www.chaosandconquest.com/ and the official Twitter and Facebook pages.