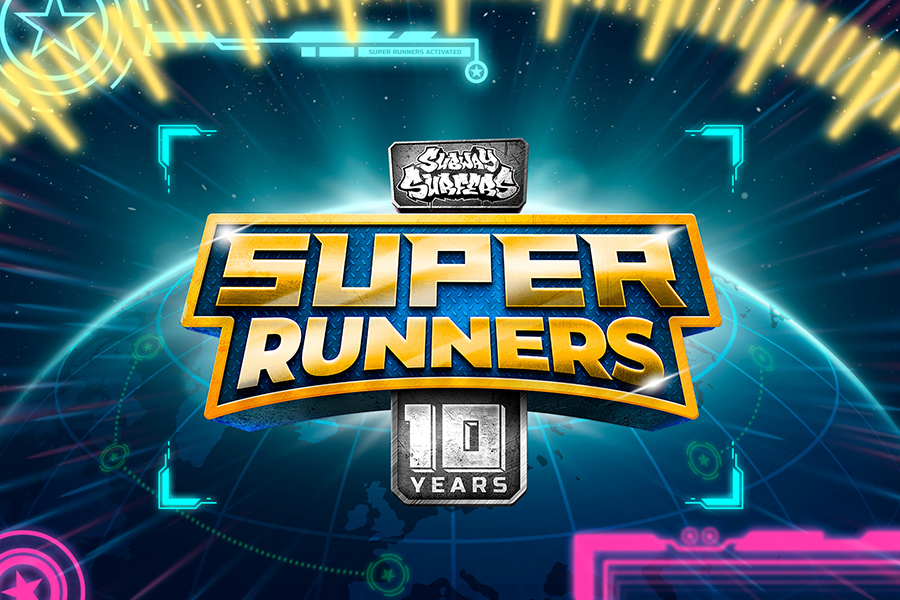 Tags from the story: SYBO, The Subway Surfers Super Runner.

Super Runner winner to be Immortalized as Playable Game Character

To celebrate Subway Surfers’ tenth anniversary this month, SYBO seeks to crown one of its hundreds of millions of active players as the ultimate “Super Runner;” the prize – be immortalized as a playable game character.

The Subway Surfers Super Runner competition will kicked off May 16 and run through June 5. To enter the competition, via social media players simply show and tell SYBO what makes them a Super Runner! Using key hashtags  #SubwaySurfers, #SubwaySurfers10Years and #SuperRunners to alert ones participation, the SYBO will review, choose and announce the winner.  SYBO’s artistic team will then collaborate with the winner to design a character to be featured in an upcoming Subway Surfers update in 2022.  The contest will only run on TikTok, Twitter, and Instagram.

During the 10th anniversary celebration, Subway Surfers players will amp up their runs and experience futuristic visuals and special effects, such as seeing the game’s main characters sport superhero skins, beginning with Jake.

“We would not have held our chart-topping position, widespread popularity, or three billion-plus downloads without our Fans and incredible Team,” said Mathias Gredal Nørvig, SYBO Chief Executive Officer. “The Super Runner competition is just one way we can give back to our incredible SubSurf community.”

SYBO has been celebrating its upcoming anniversary for months with a series of activations, partnerships, and in-game firsts. For example, the Play 2 Plant initiative with  Ecologi planted 200,000 trees worldwide; teaming with the non-profit Born This Way Foundation, co-founded by Lady Gaga and her mother Cynthia Germanotta, SYBO helped raise awareness for their annual #BeKind21 campaign to build kinder, more connected communities that foster mental wellness. In addition, to reward the people that made the past decade possible, SYBO has delivered a series of new in-game content and features.