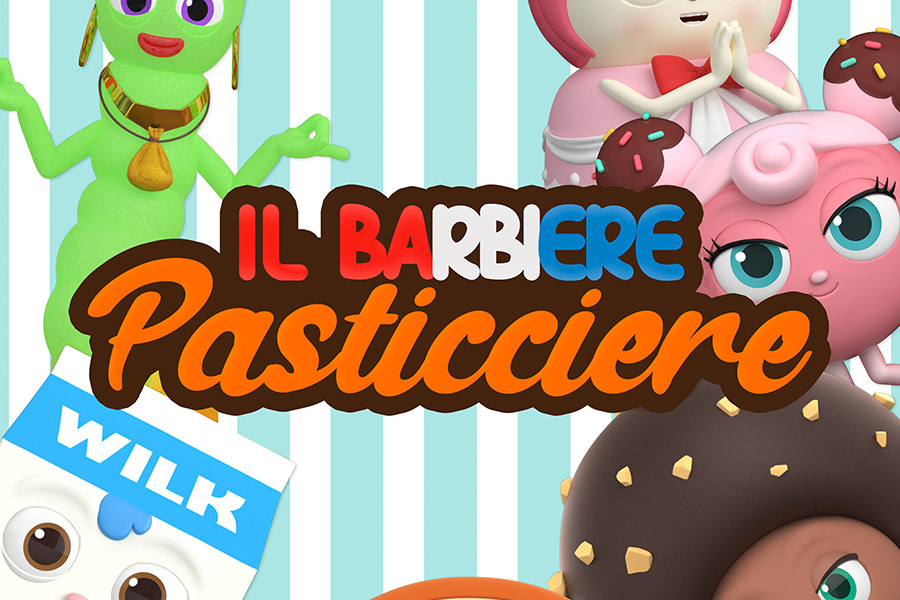 Mondo TV Group, one of Europe’s largest producers and distributors of animated content and licensing agent for many of the world’s leading brands, has announced that it has been appointed by brand owner Monster Studio to represent Il Barbiere Pasticcere in Italy.

The series has been a huge success in Italy, where it launched in late 2020 on Discovery Italia’s children’s TV channel K2. The series is a successful 3D makeover show for children aged 6 to 9, with one difference. All the characters come from the world of food. They visit the master craftsman Pan Barbiere every day, in the hope that he will use his creative skills to change their appearance for the better.

There is a wide range of secondary characters, including the clumsy but adorable assistant Wilk, the grumpy receptionist Choco and, of course, many hilarious customers, along with jokes, music and action, keep the comedy and energy levels high.