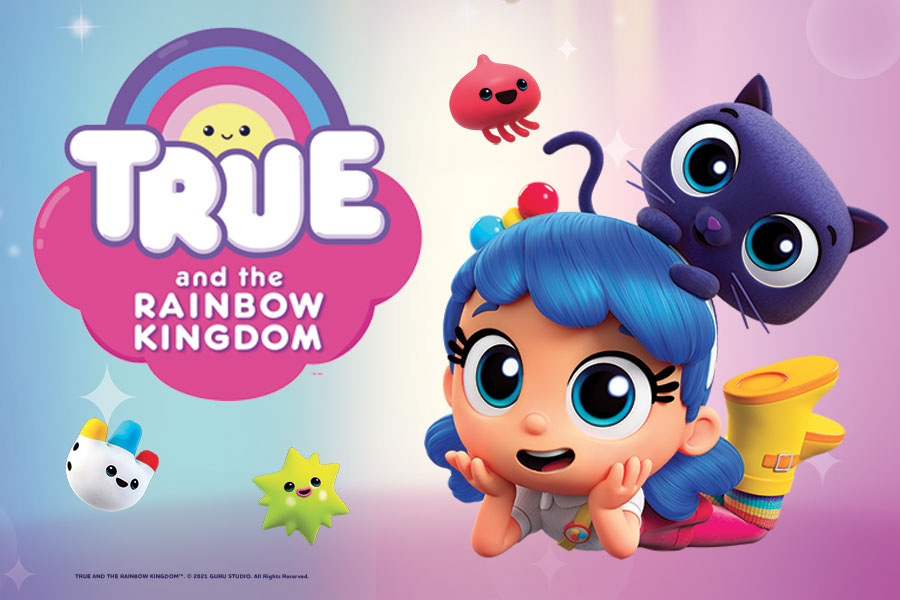 Tags from the story: ETS Licensing, Guru Studio, United Smile, Vera and the Kingdom of the Rainbow.

For its award-winning preschool animated series Vera and the Kingdom of the Rainbow, Guru Studio is implementing an ambitious global expansion strategy, which also involves Italy.

The series tells the adventures of a brave 8-year-old girl who helps the inhabitants of the Rainbow Kingdom solve problems by activating the magical powers of the tree of desires, currently includes 4 seasons, and is present successfully on Netflix and YouTube, where it reached almost a billion views. The cartoon is also on air on free-to-air television channels in many countries, often establishing itself as a top performer.

In Italy the story of the blue-haired girl is broadcast on Frisbee (44 DTT).

The recent arrival on the market of the toy line, developed by the Master Toy United Smile, represents an important stage in the process of affirmation of the property and enriches the availability of branded products. In fact, articles of clothing and accessories, books, costumes and music have already been launched and the range of licensed products is constantly growing.

Also for Italy ETS Licensing, is planning a wide development program of the franchise with the aim of exploiting the synergies resulting from the growing international consensus for the property and replicate its successes.