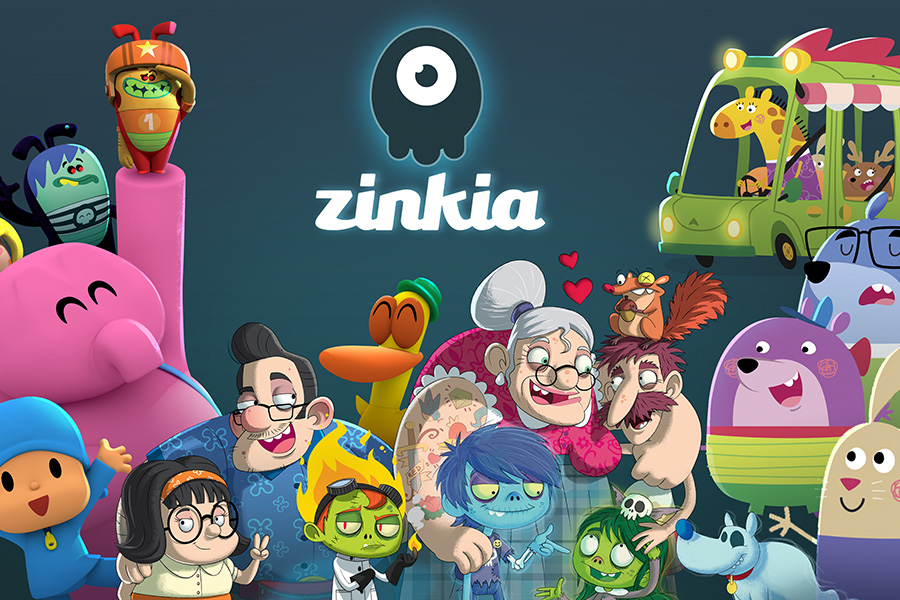 ZINKIA DOUBLES ITS REVENUE IN 2021 AND BEGINS AN EXPANSION PLAN

Tags from the story: Zinkia.

The company has registered the best year in its history, with revenue reaching €9.8 million and Ebitda increasing by 183%

Zinkia, the Spanish studio behind the successful children’s series Pocoyo, closed 2021 as the best year in its history. The production company doubled its revenue over the past year, to reach €9.8 million and an Ebitda of €4.05 million, or 183% compared to 2020.

This financial success has provided Zinkia with the stability to launch an ambitious growth plan in 2022, aimed at expanding its content catalogue and diversify the business. The first step in this strategic line was implemented last year, through the acquisition of 100% of the animation studio KOYI Talent, located in the Canary Islands, which allowed Zinkia to incorporate three new brands to its portfolio: “Bumpy: The Bear,” “Ghost Bros” and “Bugsted.” In addition, Zinkia is also working on Yanco&Dina, a new series that will premiere in June and for which the studio has high expectations. In parallel, the new season of Pocoyo is already in the pre-production stage. This fifth instalment will include new features, such as a subtle redesign of Pocoyo and his friends, the addition of new characters and more surprises which the audience will discover over the coming months.

Pocoyo will celebrate its 20th anniversary in 2022. Stronger than ever, the brand has become established as an international leader. Pocoyo is currently present in 150 countries through free channels, cable TV, VoD platforms and OTT in the USA.

The global audience has grown in recent months thanks to three new broadcasting agreements signed by Zinkia. The most recent was with Disney+, which will now add the series to its content line-up in several European countries. The other two deals are with HBO for the USA, Latin America and EMEA, and a renewal of the contract with Netflix. These are all added to the significant presence which the brand already enjoyed on 25 platforms, including giants like Amazon.

At the same time, television stations worldwide have continued to rely on Pocoyo for their youngest audiences. In 2021, channels like Panda (Portugal), Rai Yoyo (Italy), TV Azteca (Mexico) and TVE (Spain) renewed their relationship with Pocoyo and acquired new episodes of the latest season.

After recording a historic growth on YouTube in 2020, with a 70% increase in visualisations, Pocoyo once again registered excellent figures last year. In the previous twelve months, the brand’s official channels racked up 6.155 billion views, a 15% increase, and 34 million new subscribers, 27% more than in the previous year.

This success in the digital realm has entailed very positive results for Zinkia’s apps. With over 18 million downloads in 2021, Pocoyo continues to be one of the most successful characters for children in the top platforms.

In 2021, Zinkia launched “Pocoyo Party,” Pocoyo’s first videogame for PlayStation and Nintendo Switch, which sold over 35,000 units in its first 9 months.

With more than 350,000 toys sold in Spain, Pocoyo has seen notable growth based on the new product lines developed by Bandai, as well as traditional partners like Comansi, Hoffmann, Musicales Reig, El Corte Inglés, and, more recently, Clementoni. At the same time, expansion in LATAM has continued at a very good pace in markets such as Brazil, Mexico, Peru, Chile and Argentina, where Zinkia has recorded double digit revenue growth thanks to local licensing agreements.