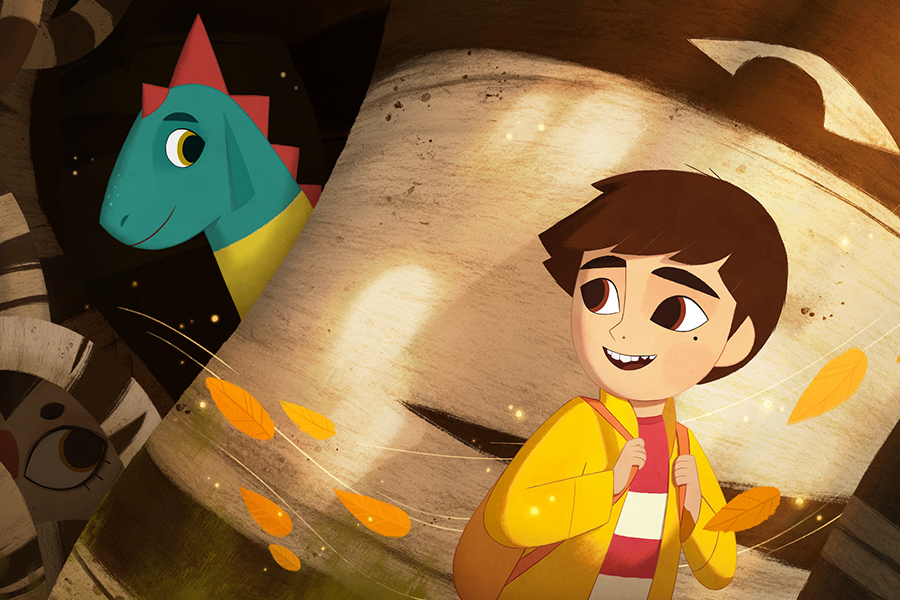 CARTOON SALOON TO HANDLE GLOBAL LICENSING FOR “MY FATHER’S DRAGON”

Cartoon Saloon Brand Development, the ancillary rights division of five-time Academy Award®, Golden Globe®, BAFTA, and Emmy-nominated animation studio, Cartoon Saloon, will spearhead the global licensing and merchandising strategy for the 2D animated family feature, My Father’s Dragon, a Netflix Film, to premiere in 2022. The announcement was made by Brian Tyrrell, General Manager of Cartoon Saloon Brand Development who will be attending Licensing Expo for in-person meetings.

My Father’s Dragon is inspired by the Newbery Honor Book of the same name by Ruth Stiles Gannett about a young boy who, struggling to cope with a move to the city with his mother, runs away in search of Wild Island and a young dragon who waits to be rescued. It was first published in 1948 and has since been published in over 20 languages. My Father’s Dragon is the first book of a trilogy whose other titles are Elmer the Dragon and The Dragons of Blueland.  All three were published in a 50-year anniversary edition in 2011 as Three Tales of My Father’s Dragon.

“My Father’s Dragonis a timeless and classic story with inspirational qualities which has been pleasing kids and adults alike across the globe for over 70 Years, and will for years to come,” commented Tyrrell. “Discussions are already well under way with key potential licensees and we look forward to presenting this evergreen property to a wider audience at the upcoming Licensing Expo.”

My Father’s Dragon tells the story of young run-away Elmer Elevator, who sets off on a self-assigned mission to free Boris, a baby dragon who has been captured by ferocious animals of the mysterious Wild Island and forced to transport them back and forth across the river, which divides the island. On his journey, Elmer finds much more than he could ever have anticipated and must come up with creative, and in some cases, heroic methods of dealing with the problems he encounters. With the help of two dozen pink lollipops, rubber bands, chewing gum, and a fine-toothed comb, Elmer disarms the fiercest of beasts on Wild Island with his bravery and ingenuity and makes the friendship of a lifetime.