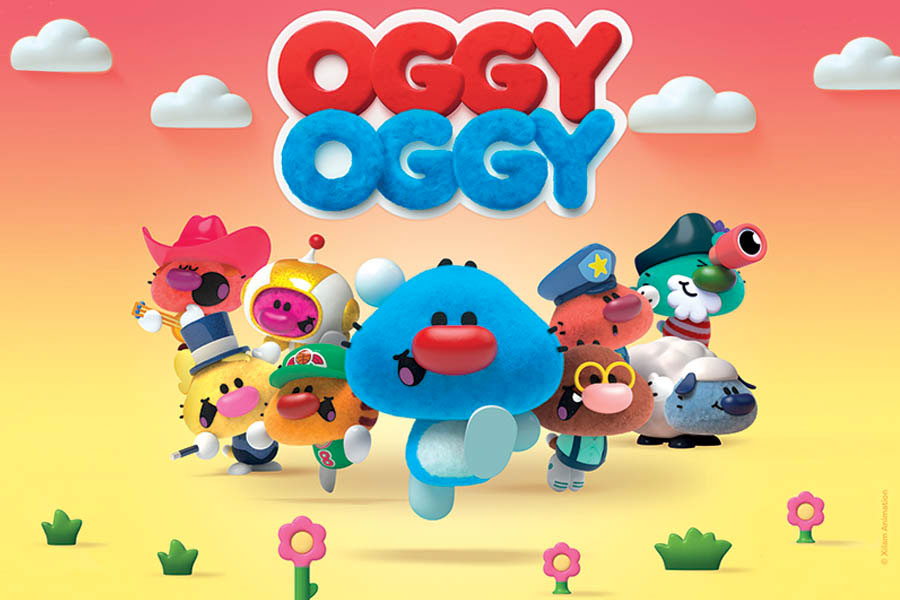 OGGY OGGY IS READY TO LAND ON TV AND MARKET

Tags from the story: Xilam.

Oggy Oggy, the cute protagonist of the new preschool animated series produced by Xilam, available on Netflix from August 2021, is now ready for the launch in style that will take place in the fall, with the arrival on free-to-air tv channels and on the market.

The adventures of the curious and daring blue kitten, who lives in a colorful world populated by other cute felines, will be on air after the summer on the kids channels of the main television stations in Europe – including F5 in France and Super-RTL in Germany. In Italy will be broadcast on Frisbee (DTT 44) which will promote the arrival of the new series with several initiatives, including video teaser, special premiere and live events with the presence of the mascot. Discovery is also defining special partnership agreements with theme parks.

Oggy Oggy series is made of CGI with bright colors and graphics of the highest level, which can achieve a surprising effect of three-dimensionality, giving “tactile” suggestions.

In the episodes the protagonists do not express themselves with a verbal language but through facial expressions, mimics and sounds, and are accompanied by a voice-over. From the results of a research conducted by Xilam, it emerged that the presence of voice over allows children to feel more involved, makes the stories more fun, educational and easy to understand and also enhances the appreciation by parents.

For Oggy Oggy is also imminent the market launch of the toy collection of Simba, the Master Toy with which Xilam has formed a partnership at a global level. From October on the shelves will arrive the items of the Christmas collection, which will be followed by new launches in 2023, already from the first months of the year.

The arrival of Oggy Oggy toys will be supported by a major advertising campaign, developed both online and offline. Among the support activities is also planned the publication of a series of Toy Play videos in the weeks before Christmas.

In the meantime, an intensive communication and promotion programme has been launched since early 2022, in order to increase the brand awareness of the property and synergistically enhance the important developments of the autumn.

Among the main initiatives, the launch of a dedicated YouTube channel, the creation of a web platform full of interactive content, activities, games to download and advice for parents,  the creation of 30 special video clips with exclusive content, with the release of a new video a week, from January to September, promotional activities in partnership with the YouTube channel Netflix Junior and YouTube Kids, advertising campaigns True-View on YouTube, direct marketing activities towards a large database of contacts in target.   Soon the program will be integrated with influencer campaigns, PR and digital advertising activities, in-store and local events.

As for Italy, ETS Licensing intends to promote for Oggy Oggy licensing agreements for projects that can effectively interpret the core values of the series: friendship, altruism, enthusiasm, playfulness, optimism and self-confidence.